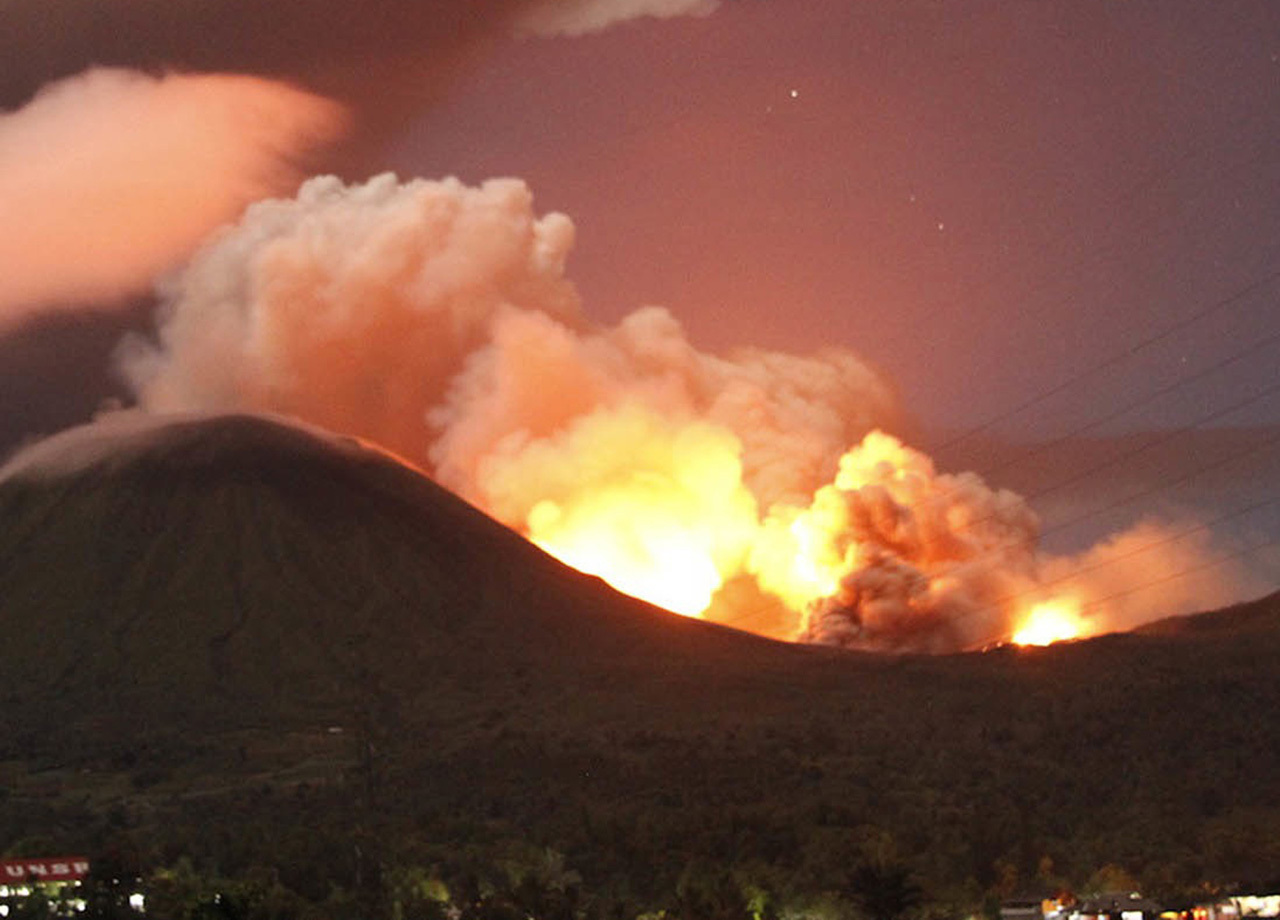 TOMOHON, Indonesia — Thousands of residents were evacuated after a volcano in central Indonesia erupted, spewing towering clouds of hot ash and debris sending red-hot lava cascading down its slopes.

One woman died of a heart attack in the chaos.

Mount Lokon — rumbling and on high alert for nearly a week — unleashed three powerful blasts late Thursday and early Friday shaking those living along the mountainside from their sleeps.

"This is the largest eruption I've ever experienced," said Nelson Uada, who was among 6,000 people crammed into schools, mosques and emergency shelters.

"It was very scary," he said. "Glowing lava flowed like flames in the darkness and it sounded like we were in a war."

The 5,741-foot mountain in north Sulawesi province remained active Friday, and airlines traveling within six miles of the peak were told to divert their paths to fly around the zone.

No flights were cancelled, however, and operations at the nearby international airport in Manado were not affected, said Lucky Podaag, an airport spokesman.

More than 33,000 people live along the fertile slopes of Mount Lokon, but many of those with homes within the danger zone had been relocated before the triple eruptions.

Soldiers and police helped rescuers evacuate 5,000 others early Friday, said Jimmy Eman, the acting mayor in the nearby town of Tomohon, with more planned.

The only victim so far, he said, was a 56-year-old woman who succumbed from a heart attack.

Some trees were set ablaze by the lava and the air was heavy with soot and the smell of sulfur.

Mujiharto, a senior official at health ministry, said the government has sent 60,000 respiratory masks to the region.

Indonesia, a vast archipelago of 240 million people, is prone to earthquakes and volcanoes because it sits along the Pacific "Ring of Fire," a horseshoe-shaped string of faults that lines the Pacific Ocean.

Mount Lokon is one of the country's 129 active volcanoes. Its last major eruption in 1991 killed a Swiss hiker and forced thousands of people to flee their homes.