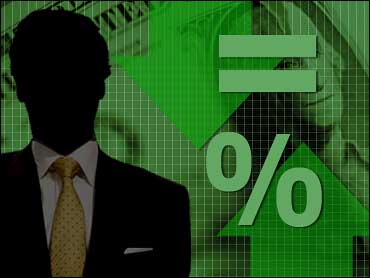 This column was written by Leon Friedman.

Every three years since 1989, the Federal Reserve Board has prepared a Survey of Consumer Finances (SCF), which carefully measures the net worth of all households in the nation — that is, the total assets owned by all Americans. The survey, the most complete and thorough analysis of individual wealth, summarizes the financial resources of different groups of the population, such as bank accounts, stocks, bonds, business assets and real estate. The most recent report, issued early in April 2006, details the massive inequality of wealth in the United States between a small number of households at the top of the income scale and those in the bottom half. This report and other similar studies emphasize that this wealth inequality is growing and is becoming a permanent part of our society.

The latest report examined the distribution of wealth in 2004 and makes detailed comparisons showing the change in wealth among various population groups. It notes the following:

At the bottom of the scale, the story is far different. While many reports have claimed that about 50 percent of households own some stocks or shares in mutual funds (either directly or through IRAs or company pension plans), the actual amount held is quite small. According to the SCF, the bottom 50 percent own less than 1 percent of business assets, stocks and mutual funds — so much for President Bush's claim that we need to reduce taxes on dividends and capital gains because we are an "ownership society" with so many Americans owning shares. The principal asset of the bottom 50 percent is the value of their homes, usually heavily mortgaged.

The reason for this change is not difficult to discern. Beginning with the reduction of income tax rates in the Reagan Administration (from a high of 70 percent for the richest taxpayers in 1980 to 35 percent now), Congress has steadily reduced tax rates. It has reduced and is seeking to eliminate the estate tax altogether. In 2003 Congress lowered the tax on dividends to 15 percent, rather than treat it as ordinary income subject to the highest tax rate of 35 percent. It also reduced taxes on capital gains from 20 percent to 15 percent. Necessarily, these changes greatly benefited the households at the top of the wealth ladder.

Where can this largesse for the wealthy come from? If the government has a program of tax reductions for the wealthiest, necessarily this leads to budget shortfalls and then a decrease in welfare payments to the people at the bottom. Where else could this money come from? Certainly not from military expenditures. Congress passed a budget resolution last year that cut $10 billion in Medicaid programs, $3 billion from food stamps and $7 billion from student loan programs. The House has passed new resolutions this year calling for even greater reductions in these programs.

The growing inequality between the very rich and the bottom half affects every aspect of American life — health care, education, occupational opportunities. But those in the bottom half find it harder and harder to move out of their sorry condition, as those on the top fight to protect their position and have the assistance of the politicians who pass law after law favoring their interests.

Leon Friedman is a professor of constitutional law at the Hofstra Law School.

By Leon Friedman
Reprinted with permission from The Nation