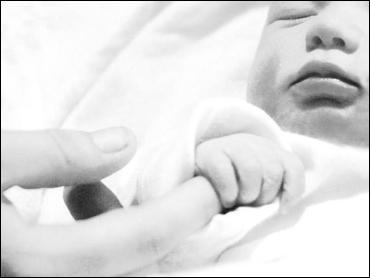 There's a danger lurking for infants at this time of year that many parents have never heard of, but need to know about.

It attacks the respiratory system just like a cold or flu, and causes many of the same symptoms, like a runny nose, sore throat, a cough, and perhaps a mild fever. But in some cases, especially for small babies and the elderly, it can cause some pretty serious complications.

In most cases, Senay says, it's not dangerous. But it can be very dangerous, she tells The Early Show co-anchor Harry Smith, particularly for babies under one year old. Some 125,000 babies are hospitalized with RSV each year, and some 500 die from it.

RSV is the most common cause of lower-respiratory tract infections in infants, causing complications such as bronchiolitis, an inflammation of the smaller airways of the lungs, or pneumonia.

"It's a very serious virus. Unfortunately, a lot of people don't hear about it and don't know about it," Senay observes.

Unfortunately, there's no lifelong immunity to RSV, but the older a child gets, the less the chance of serious complications. You can have it over and over again during a lifetime. It's possible some babies may even get it twice in the same season.

In addition, Senay points out, it's a hard one to avoid, because it's easily spread through the air in droplets when people cough or sneeze, and like a cold or flu virus, you can get it by touching an infected person. The virus can also survive on bedding and countertops for a few hours.

But there are some simple guidelines you can follow to reduce the chances of exposing your baby to RSV.

Make sure hands are washed by anyone who might touch your baby, including you and your spouse, other children, or nannies or visitors. Don't let your baby near people who have respiratory symptoms and might possibly spread a virus to your child. Keep your baby away from tobacco smoke, which can damage the respiratory system and make it easier to catch a virus and harder to get over.

There is no vaccine, but for very high-risk infants like those with lung or heart disease, there are medications given in monthly injections throughout RSV season that can reduce the severity of symptoms. While the medicine is very expensive, it's much less costly than a hospitalization would be.