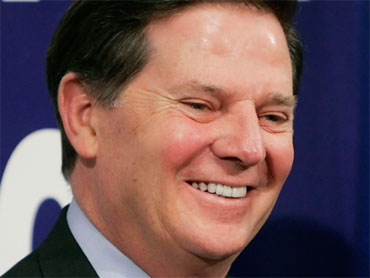 (AP)
Just days ahead of his upcoming debut on ABC's "Dancing with the Stars," it looks like former House Majority Leader Tom DeLay had a bit of an injury during rehearsals.

It all started yesterday when DeLay put this up on his Twitter account: "Old age is catching up to me, may have a stress fracture in my foot. no worries, it'll take more than that to keep me off the dance floor!"

But DeLay got some good news later today, which he also delivered to the world via Twitter: "No stress fracture! It is a pre-stress fracture. I live for another day."

So it seems that plans for former congressman -- once known as the "The Hammer" -- to compete on the ballroom floor are still on track. His debut on the show is next Monday night.

Tom DeLay: "Conservatives Can Have Fun Too"