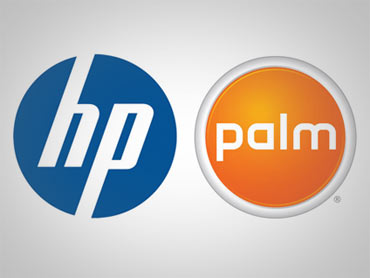 Hewlett-Packard landed Palm by raising its bid following interest from other suitors after intellectual property and a potential licensing arrangement for the WebOS.

The proxy statement, which sparked a good bit of discussion, provides an interesting read on how HP landed Palm. Simply put, HP almost fell short of acquiring Palm. Palm outlines the process to sell itself and the role of "Company C," an unnamed outfit that was in the running until the HP deal was actually announced.

Palm covers a lot of known ground such as:

Once Palm's fate was largely sealed, the company went about auctioning itself off. Palm said it received interest from 16 companies including HP. Six including HP entered nondisclosure agreements. Here's how Palm set up the scene:

A fifth company, referred to as Company D, contacted Palm on March 18 to discuss an intellectual property transaction but did not make a proposal to acquire Palm. Company D did not enter into a nondisclosure agreement and did not review non-public information about Palm. Discussions with Company D continued intermittently until April 15.

The one common thread with all of these suitors? They wanted intellectual property transactions and many of the potential buyers were as interested in a licensing arrangement for things like the WebOS. However, an IP deal wouldn't help Palm all that much. Palm said:

Indeed, Company C's early proposals revolved around IP licensing. Through April 17, HP wasn't budging off of an offer for $4.75 a share in cash for Palm. However, Company C proposed buying Palm for $6 to $7 a share on April 18. Palm went back to HP wit its own merger agreement. Company C left an opening after it cut its bid do $5.50 a share. Palm said:

On April 24 Palm's CEO and advisors communicated to HP and its advisors that, to remain in the process, HP must improve its offer significantly and immediately. Later that day, HP's financial advisors verbally delivered a proposal to acquire Palm for $5.70 per common share in cash. HP's financial advisors also requested a five-day exclusivity period. On April 25 HP delivered a letter confirming this proposal with a target announcement date of close of business on April 27 and sent a draft exclusivity agreement covering such period on April 26.

While much has been made about five bidders for Palm, it appears to be a two-horse race between HP and Company C, which could logically be Lenovo and Dell or a few others. When HP matched, Company C declined to go higher, but Palm notes the bidder proposed "an alternative transaction under which it would acquire certain patents and take a nonexclusive license to Palm webOS in exchange for a one-time cash payment of $800 million."