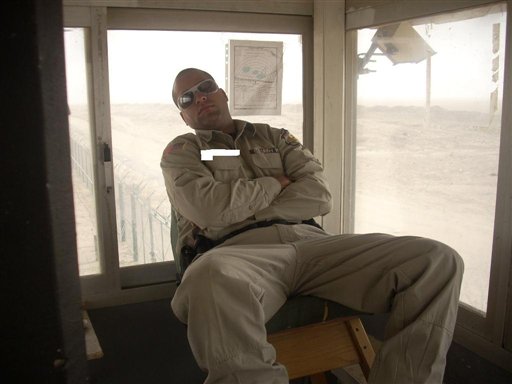 During a routine check of a watch tower at a U.S. military base in Kuwait, an Army sergeant found the guard leaning back in a chair, his sunglasses on, apparently sound asleep. When the soldier woke the guard, an employee of a defense contractor named Combat Support Associates, he denied he'd dozed off while on duty.

"It's so weird that I can close my eyes for one second and then you appear out of nowhere," the guard said, according to the sergeant's March 2008 inspection report.

The episode illustrates the problems between the U.S. armed forces and the industrial army supporting military operations in Iraq and Afghanistan. Demand for contractor services is heavy, while oversight of their work isn't. That means problems often aren't discovered until long after the payments have been made.

A major trouble spot is the business systems and procedures that companies use to bill the government. The numbers are eye-popping. Defense auditors have found at least $6 billion in questionable charges generated by sloppy accounting or, worse, contractors trying to bilk the military.

Yet, the Pentagon has done a poor job of recovering the money and forcing companies to improve, according to the independent Commission on Wartime Contracting. The panel cites dysfunction among auditors and contract managers, a shortage of personnel and a failure to be more confrontational with contractors who don't measure up.

Based in Orange, Calif., Combat Support Associates is a largely unknown enterprise that, since 1999, has held an Army contract worth $2.7 billion to support U.S. troops at bases in Kuwait as they move in and out of Iraq. The company's responsibilities include vehicle maintenance, warehousing, computer repairs and post security.

Between 2003 and 2007, when the U.S. invaded Iraq and then became ensnared in a lengthy counterinsurgency, there was little government scrutiny of the company's business systems, according to interviews and government records obtained by The Associated Press through the Freedom of Information Act.

In late 2007, the military belatedly began paying attention. Numerous contract violations were found, several of them serious, leading to a flood of what contracting officials call corrective action requests. Last fall, the Army Criminal Investigation Command opened an inquiry to determine if Combat Support Associates overbilled the government. The case is ongoing.

In one case, the company signed a $48 million deal with a Kuwaiti company to provide food, lodging and transportation for employees, but it did no detailed study to justify such a large expense. A memorandum supporting the buy included a price analysis three sentences long, which an Army review team called a "major systemic weakness."

The documents detail other deficiencies. The company failed to properly secure classified communications gear and weapons stored in warehouses. And it was written up for having no system in place to check the identification of contract employees _ who are often not American citizens _ at U.S. maintenance facilities in Kuwait.

In the past two years alone, Combat Support Associates received dozens of warnings from the government to improve performance, the records show. Several of those have been Level Three warnings, which are issued only in cases of serious noncompliance with the terms of a contract.

None of this appears to have dented the company's bottom line, however. Over the past decade, its performance has been rated as excellent, very good or good, according to the Army Sustainment Command in Rock Island, Ill. With those marks, Combat Support Associates has earned close to $90 million.

Part of the problem is a type of government contract that critics say diminishes te incentive for companies to keep down costs. The government agrees to reimburse the contractor for expenses, such as costs for equipment, leasing space and hiring subcontractors, plus a prearranged amount for profit.

For the military, however, these so-called cost-plus contracts are useful in wartime, when it can't precisely define all the work that needs to be done.

Gary Lewi, a spokesman for Combat Support Associates, said all of the corrective action warnings have been or are in the process of being resolved to the "satisfaction of the client."

As for the sleeping guard? He resigned, said Lewi, who provided no further details.

How the company's contract will fare is up in the air. It expires in March, and Army officials say they're contemplating changes in how they handle the base support work.

Jeffrey Parsons, executive director of the Army Contracting Command at Fort Belvoir, Va., said he expects the arrangement to be broken up into smaller, more manageable pieces that will generate competition and improve performance.