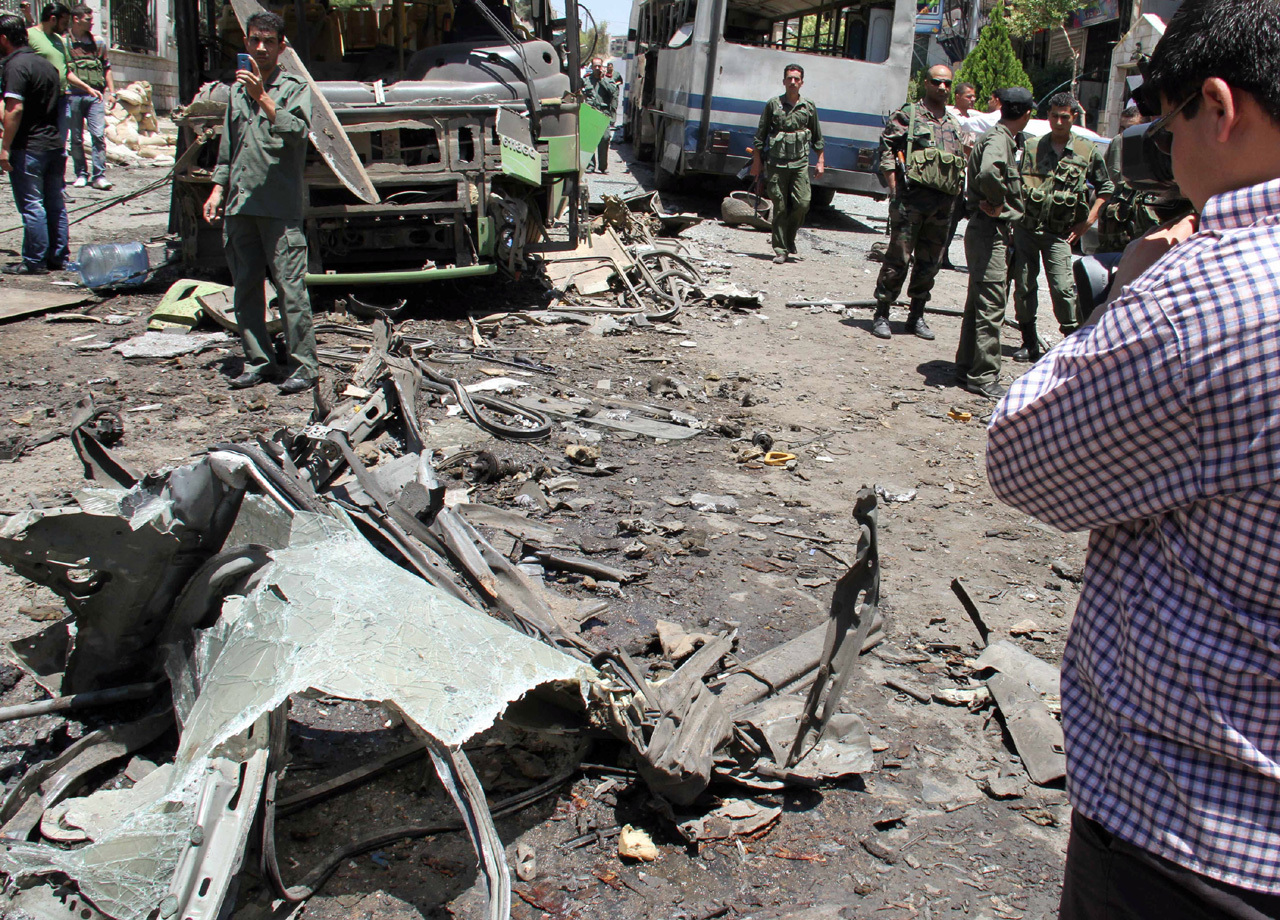 (AP) BEIRUT - Syrian troops shelled the southern city of Daraaa early on Saturday, killing at least 15 people, activists said. And in Damascus, residents spoke about a night of shooting and explosions in the worst violence Syria's capital has seen since the uprising against President Bashar Assad's regime began 15 months ago.

The latest escalations in different parts of Syria are another blow to international envoy Kofi Annan's peace plan, which aims to end the country's bloodletting. Annan brokered a cease-fire that went into effect on April 12 but has since been violated hundreds of times and never properly took hold.

The U.N. said several weeks ago that at least 9,000 people have been killed since the crisis began in March last year while Syrian activists say the violence has claimed the lives of more than 13,000 people.

Damascus resident and activist Maath al-Shami said clashes between rebels and troops in the city's neighborhoods of Qaboun and Barzeh lasted until about 1:30 a.m. Saturday.

On Friday, government troops clashed with rebels from the Free Syrian Army in Damascus' Kfar Souseh district in some of the worst fighting yet in the capital. The clashes were a clear sign that the ragtag group has succeeded in taking its fight to the regime's base of power.

Since the start of the uprising, Damascus had been relatively quiet compared with other Syrian cities. The capital and the northern city of Aleppo, the country's largest, are under the firm grip of Assad's security forces.

"Yesterday was a turning point in the conflict," said al-Shami via Skype. "There were clashes in Damascus that lasted hours. The battle is in Damascus now."

Video: What options does the U.S. have with Syria?
Shelling resumes in Houla, but no sign of "terrorists" Assad blames
Assad: "Monsters" to blame for Syria massacre
U.N.: Syria monitors shot at en route to death site

Another resident in the capital, who refused to be identified for fear of reprisals, said "we spent a night of fear." The resident added that the shooting and explosions in the capital "were the worst so far."

To the south, in Daraa, the Britain-based Syrian Observatory for Human Rights said 17 people were killed in the shelling, while the Local Coordination Committees said 15 civilians lost their lives. Both groups said dozens of people were also wounded in the shelling early Saturday.

Daraa is the city where the uprising against Assad's regime first erupted in March 2011. A Daraa-based activist, Adel al-Omari, said the shelling of the city's Mahata area began randomly and lasted until after midnight.

"People were taken by surprise while in their homes," said al-Omari, adding that regime targeted the neighborhood with mortars.

The LCC said that the dead included a father and his two children of the Abazeid family whose home was destroyed by the shelling. The group added that five of the dead were members of the Daloua family.

The LCC and the Observatory also reported shelling and clashes in the central city of Homs, one of the main battlegrounds of the uprising.

On Friday, U.N. observers entered a farming helmet in the central province of Hama where activists said nearly 80 people were massacred on Wednesday. A U.N. spokeswoman said the observers could smell the stench of burned corpses and saw body parts scattered around the deserted village of Mazraat al-Qubair.

The observers were blocked by government troops and residents, and coming under small arms fire when they tried to enter the area on Thursday.

The U.N. team was the first independent group to arrive in Mazraat al-Qubair, a village of about 160 people. Opposition activists and Syrian government officials blamed each other for the killings and differed about the number of dead.

Activists said that up to 78 people, including women and children, were shot, hacked and burned to death, saying pro-government militiamen known as "shabiha" were responsible. A government statement on the state-run news agency SANA said "an armed terrorist group" killed nine women and children before Hama authorities were called and killed the attackers.

Ghosheh, the U.N. observers spokeswoman, said the residents' accounts of the mass killing were "conflicting," and that they needed to cross check the names of the missing and dead with those supplied by nearby villagers. Mazraat al-Qubair itself was "empty of the local inhabitants," she said.