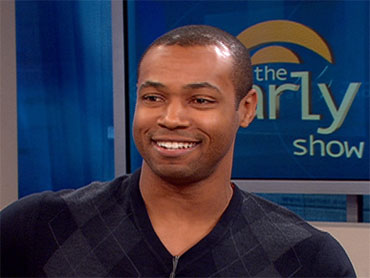 With more than three million hits on YouTube, the latest Old Spice commercial has become quite the viral Internet hit.

But who is that guy?

His name is Isaiah Mustafa. The former National Football League football player-turned-actor said on "The Early Show" he almost didn't get the commercial. He said his "big" Adam West version, performed in a second audition, sealed the deal.

For more with Mustafa on commercial's effect on his life, click on the video below.