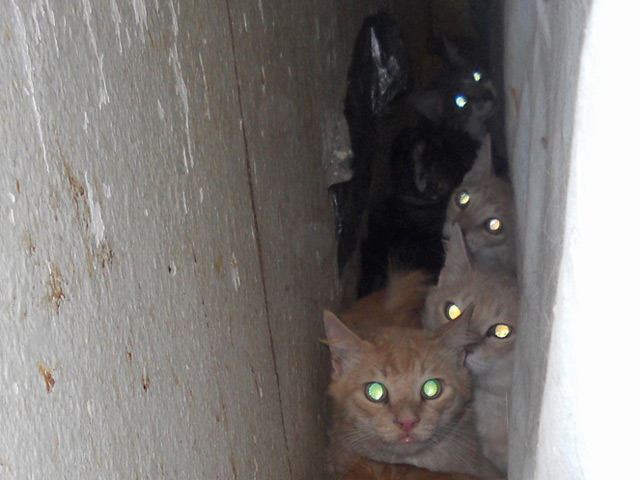 (CBS/AP) SAN FRANCISCO - Authorities said they found 113 dead kittens Tuesday in an apartment they believe to have belonged to a cat hoarder. None of the dead kittens appeared to be more than two months old. Dozens of ailing adult cats were also discovered in another house nearby.

Seaside police and the Society for the Prevention of Cruelty to Animals for Monterey County discovered the animals in a joint effort and served search warrants at the properties, SPCA Sgt. Stacy Sanders said. Officers were alerted by a property manager who discovered dead kittens during an inspection.

Another tip told them that more cats were moved to a nearby house. A group of investigators went there and discovered 51 adult cats that were alive, but sick and neglected.

"The cats were living in extremely horrible conditions," Sanders said. "They were separated into two groups and locked into rooms with little to no ventilation. The floors were saturated in urine and feces."

Officers stayed about six hours to recover all the cats.

"We had to go through every nook and cranny, pull apart every bed and chair," Sanders said.

No arrests were made, but the SPCA referred the case to the Monterey County district attorney's office to consider criminal animal abuse charges. They declined to identify the suspected hoarder while the investigation is ongoing.

Sanders said authorities received tips that the cats may have been taken from the street. The officers are asking community members to send in photos of their missing cats.