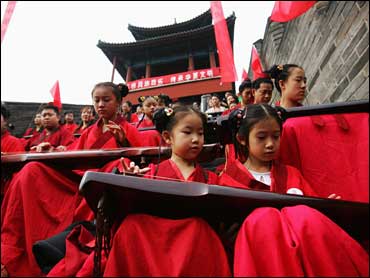 Negotiations between Taiwan and China on the torch relay route for the 2008 Summer Olympic Games are at a dead end, and the torch will not come to Taiwan, The International Olympic Committee said Friday.

In an e-mail to The Associated Press, the IOC said that it had been following discussions between China's and Taiwan's Olympic committees and that a "solution between the two has not been found ... The route will now have to go ahead without a stop in Chinese Taipei."

"Chinese Taipei" is a term often used internationally for the island or its sports teams. Taiwan and China split amid civil war in 1949, and communist Beijing still claims the democratic, self-governed island as Chinese territory. Taipei is Taiwan's capital.

"The IOC would have liked to see the participation of people from Chinese Taipei, but acknowledge this will not be possible given the fact the two parties have not reached an agreement," said the e-mail from Emmanuelle Moreau, media relations manager from the International Olympic Committee.