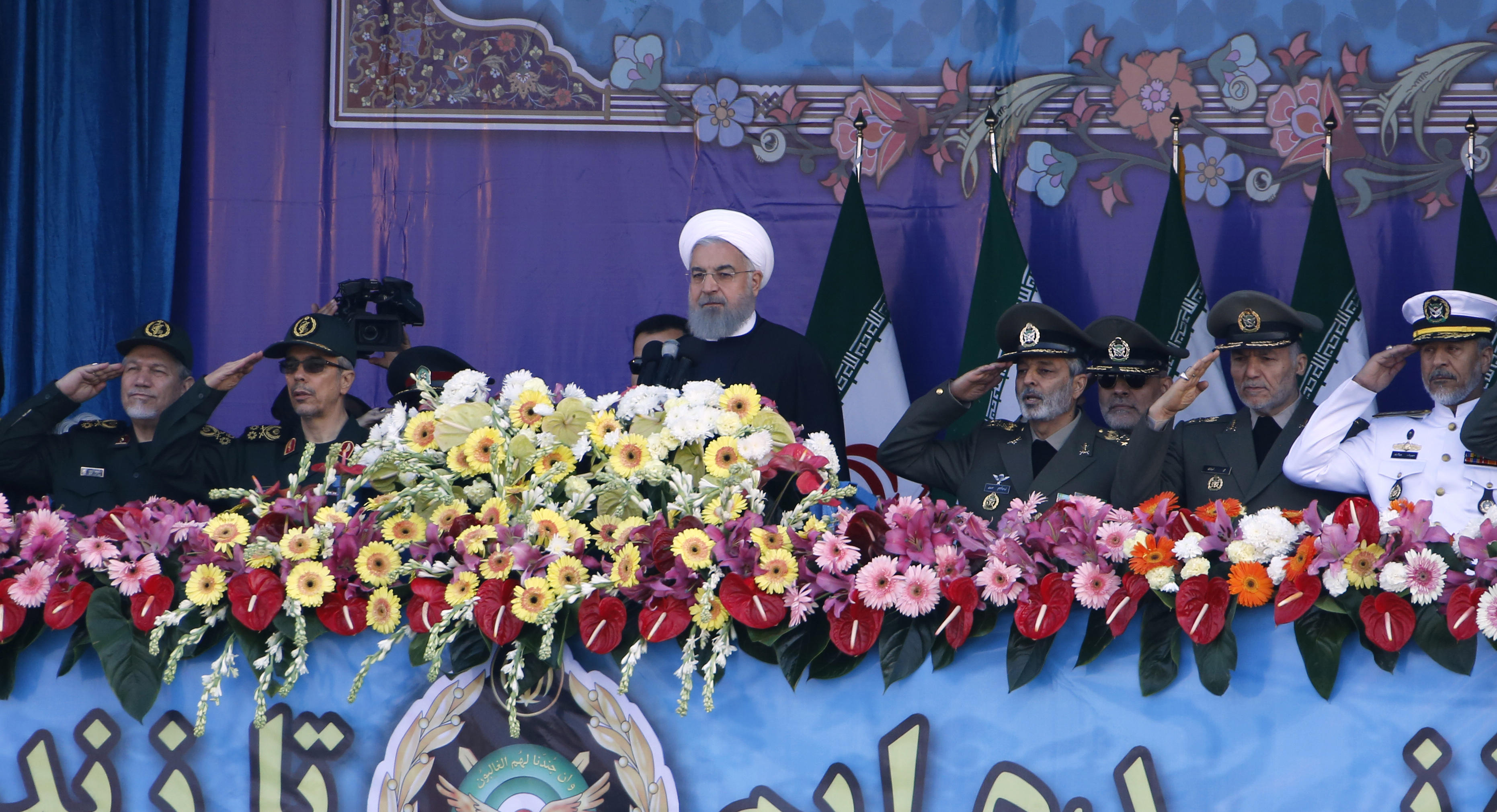 TEHRAN, Iran -- Iran's president reiterated his warning against a U.S. pullout from the landmark nuclear deal between Tehran and world powers as meetings between President Donald Trump France's Emmanuel Macron got underway in Washington. Hassan Rouhani said the United States would face "grave" consequences if Washington decides to withdraw from the 2015 agreement that curbed Iran's controversial nuclear enrichment program in exchange for lifting international sanctions on the Mideast nation.

"If someone wants to betray our nation and the deal, grave consequences will affect them," Rouhani told supporters in the city of Tabriz during a visit to the area. State TV broadcast the speech.

The Iranian nation and government will "strongly resist" any plots by those who sit in the White House, he added but did not elaborate, only saying that Iran has prepared for "various scenarios" while it abided by its commitments under the deal.

Mr. Trump and Macron were expected to discuss both diplomatic and international issues relating to the U.S.-French relationship, including the Iran nuclear deal, trade and the environment in meetings Tuesday.

Thomas Greminger, head of the Organization for Security and Co-operation in Europe (OSCE), told CBS News' Pamela Falk he believes Macron has "the caliber to be a leader in resolving" some of the conflicts that divide Europe and the U.S.

He added, "If it is not President Macron and Chancellor Merkel that try to push things forward, I wouldn't see who else could do it, so we did hope, we'll see, French leadership resolving some of these issues."

On Monday, White House Press Secretary Sarah Huckabee Sanders said there "should be a better deal" when it comes to the Iran nuclear agreement. Macron, a supporter of the agreement, is expected to raise the issue of the possibility of the U.S. withdrawal from the pact.

Iran: Crisis In The Middle East

"We think there should be a better deal, one that's positive, that works," Sanders said at Monday's press briefing. "We don't look to the leadership of Iran to determine what our policy is."

Sanders predicted that Mr. Trump and Macron would have "very open and candid conversations" about the Iran deal during the official visit. She added, however, that the president has been "extremely clear" that the current plan is a bad deal and "that certainly has not changed."

Also Tuesday, Ali Shamkahni, the secretary of Iran's Supreme National Security Council, signaled that one option for Tehran would be to quit the nuclear non-proliferation treaty if Mr. Trump scraps the nuclear deal.

"Signatory countries have right to quit if they feel their national interests are not safeguarded," Shamkhani said before leaving for a visit to Moscow. "This is one of the choices Iran has."

He added that Tehran would consider any move by the U.S. to pull out of the accord or attempts to modify it as a "collapse" of the deal.

Mr. Trump did not re-certify the deal in January but extended the main sanctions waivers and gave the Europeans until the next waiver deadline on May 12 to come up with fixes to the deal.