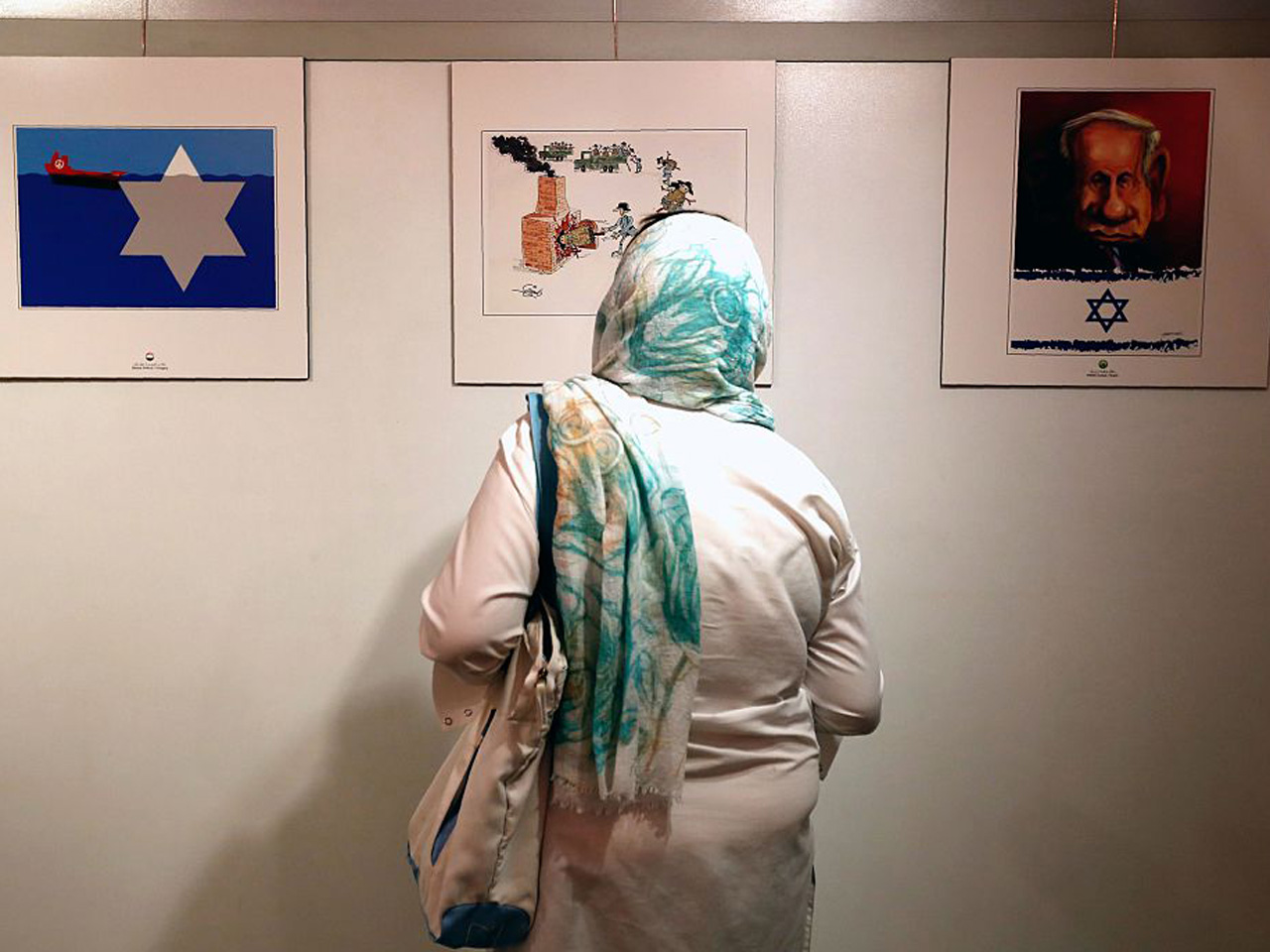 JERUSALEM - Israeli Prime Minister Benjamin Netanyahu lashed out at Iran Sunday for staging yet another Holocaust-themed cartoon contest that mocked the Nazi genocide of six million Jews during World War II and said the Islamic Republic was busy planning for another one.

Iran has long backed armed groups committed to Israel's destruction and its leaders have called for it to be wiped off the map. Israel fears that Iran's nuclear program is designed to threaten its very existence. But Netanyahu said that it not just Iran's belligerent policies that Israel opposed, but its values.

"It denies the Holocaust, it mocks the Holocaust and it is also preparing another Holocaust," Netanyahu said at his weekly Cabinet meeting. "I think that every country in the world must stand up and fully condemn this."

State Department spokesman Mark Toner, traveling with Secretary of State John Kerry in Saudi Arabia, said the United States was concerned the contest could "be used as a platform for Holocaust denial and revisionism and egregiously anti-Semitic speech, as it has in the past."

"Such offensive speech should be condemned by the authorities and civil society leaders rather than encouraged. We denounce any Holocaust denial and trivialization as inflammatory and abhorrent. It is insulting to the memory of the millions of people who died in the Holocaust," Toner said.

The denial or questioning of the genocide is widespread in the Middle East, where many regard it as a pretext Israel used for its creation and to excuse its actions toward the Palestinians. Iran in particular has even gone so far as to host "scholarly" events that seek to find evidence that it was a hoax.

He said the purpose of the Tehran event was not to deny the Holocaust but rather to criticize alleged Western double standards regarding free expression - and particularly as a response to depictions of the Prophet Muhammad by the French satirical magazine Charlie Hebdo and others. The exhibit featured some 150 works from 50 countries, with many portraying Israel as using the Holocaust to distract from the suffering of the Palestinians. Others depicted Palestinian prisoners standing behind concentration camp-style barbed wire fences, Netanyahu likened to Nazi leader Adolf Hitler and a Jerusalem mosque behind a gate bearing the motto "Arbeit Macht Frei" that appeared at the entrance to the Auschwitz death camp.

The contest was organized by non-governmental bodies with strong support from Iran's hard-liners. A previous contest in 2006 got a boost from then-President Mahmoud Ahmadinejad, a hard-liner who referred to the Holocaust as a "myth" and repeatedly predicted Israel's demise.