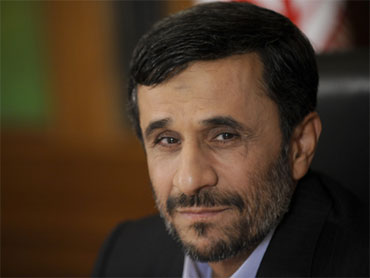 (AP Photo/Henny Ray Abrams)
PITTSBURGH - The U.S., Britain and France went public with their highly-classified intelligence about a secret, underground Iranian nuclear facility only after Iran discovered that its cover had been blown.

Senior U.S. officials won't say how Iran found out that the western allies detected the plant. But it strengthens the allies long-held view that Iran is seeking to produce nuclear weapons and is lying to the world when it denies it.

"We've known for some time" about the Iranian facility, said a U.S. official briefing reporters at the G20 Economic Summit in Pittsburgh. And other officials said President Obama was first informed of the facility after his election last year.

To beat the U.S., Britain and France to the punch, Iran on Monday informed the International Atomic Energy Agency (IAEA) about the nuclear facility. That was three days before the allies presented the United Nations watchdog group with its intelligence.

"It's very clear the Iran letter (to the IAEA) is too little, too late," said a U.S. official. It'll be difficult for Iran to "mount a defense" of its efforts to avoid exposure of its nuclear fuel processing facility.

Another official said Iran's notification to the U.N. nuclear agency was "very sparse," providing "almost no detail" about the kind of facility it was building. And it was supposed to notify IAEA years earlier, when the plant was being conceived, not years after construction began.

If nothing else, Administration officials believe the disclosure about the secret plant will set back Iran's nuclear weapons program and enhance the diplomatic leverage of the U.S. and its allies in dealing with the Iranian regime.

On October 1st, representatives of the five permanent members of the U.N. Security Council (the U.S., Britain, China, France and Russia), plus Germany, are scheduled to meet with Iranian officials.

In the U.S. view, the meeting is going to be "critical." The P5 plus 1, as the group is called, intends to serve up a final demand that Iran comply with its international obligations and verifiably end any and all programs to produce nuclear weapons.

"The international community has no choice today but to draw a line in the sand." said British Prime Minister Gordon Brown in his joint statements here this morning with President Obama and French President Nicolas Sarkozy.

Brown made it clear on behalf of his fellow leaders, that if Iran remains defiant, it faces further isolation and new, more stringent sanctions.

But based on past performance, Iran has shown it is more than willing to endure the international penalties and condemnations in order to pursue its nuclear policies as it sees fit.

And now that another secret Iranian nuclear facility has been discovered and disclosed, it wouldn't surprise U.S. officials if the Iranian regime begins work on a new secret plant – if it hasn't done so already.