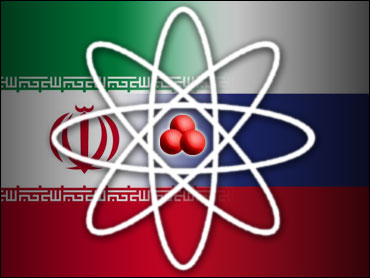 U.S. Energy Secretary Spencer Abraham said on Thursday that Washington was deeply worried by Russia building nuclear reactors in Iran and wanted it to stop.

"Clearly the extension of Russian nuclear cooperation with Iran remains an issue of utmost concern to us," Abrahams told reporters in Moscow after several days of talks with top Russian officials.

He added: "We consistently urge Russia to cease all nuclear cooperation with Iran, including its assistance to the reactor in Bushehr."

Washington sees the Islamic republic as part of an "axis of evil" and says Tehran is trying to develop nuclear weapons.

The White House had previously reacted mildly to Russia's approval of a long-term program to boost nuclear cooperation with Iran.

This would be in addition to Russia's 1990s agreement with Iran to build a nuclear plant at Bushehr on the Gulf coast, a project that has long infuriated Washington.

Iran has repeatedly said that its nuclear cooperation with Russia is for peaceful purposes and that it is not seeking to acquire nuclear weapons. But U.S. officials have argued that there could be no other reason for a country with Iran's oil resources to want so many nuclear power reactors.

Russia has pursued the nuclear relationship with Iran in part as a way to earn hard currency.