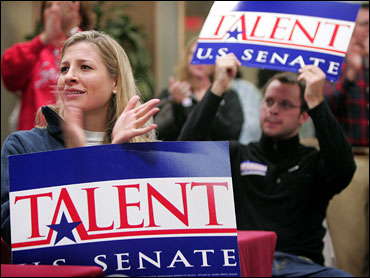 Iran has conducted a "final test" of its Shahab-3 missile, its Foreign Ministry said Monday. The rocket is capable of reaching Israel and U.S. forces stationed in Saudi Arabia and Turkey.

"Apparently, the Israelis are late in getting the information," Asefi said.

"It was a final test before delivering the missile to the armed forces. The range of the missile was the same as in Iran's previous tests," Asefi said.

Shahab-3 has a range of about 810 miles, meaning it could reach Israel and U.S. troops stationed in Saudi Arabia, Afghanistan, Pakistan and Turkey.

The Israeli newspaper Haaretz reported the test was the most successful of seven or eight launches over the past five years.

The last time Iran declared a test of the missile was in May 2002 when Defense Minister Ali Shamkhani said the country conducted a test to "enhance the power and accuracy of Shahab-3 missile."

The Shahab-3 is allegedly based on North Korea's No Dong surface-to-surface missile but Iran says it is entirely locally made. "Shahab" means shooting star in Farsi.

Iran has insisted that U.S. pressure on countries like China, North Korea and Russia to halt cooperation with Iran would have no impact on its missile program because Iran was "100 percent self-sufficient" in missile technology.

Previously, U.S. intelligence officials have said Iran can probably fire several Shahab-3s in an emergency, but that it has not yet developed a completely reliable missile.

Iran launched an arms development program during its 1980-88 war with Iraq to compensate for a U.S. weapons embargo. Since 1992, Iran has produced its own tanks, armored personnel carriers, missiles and a fighter plane.