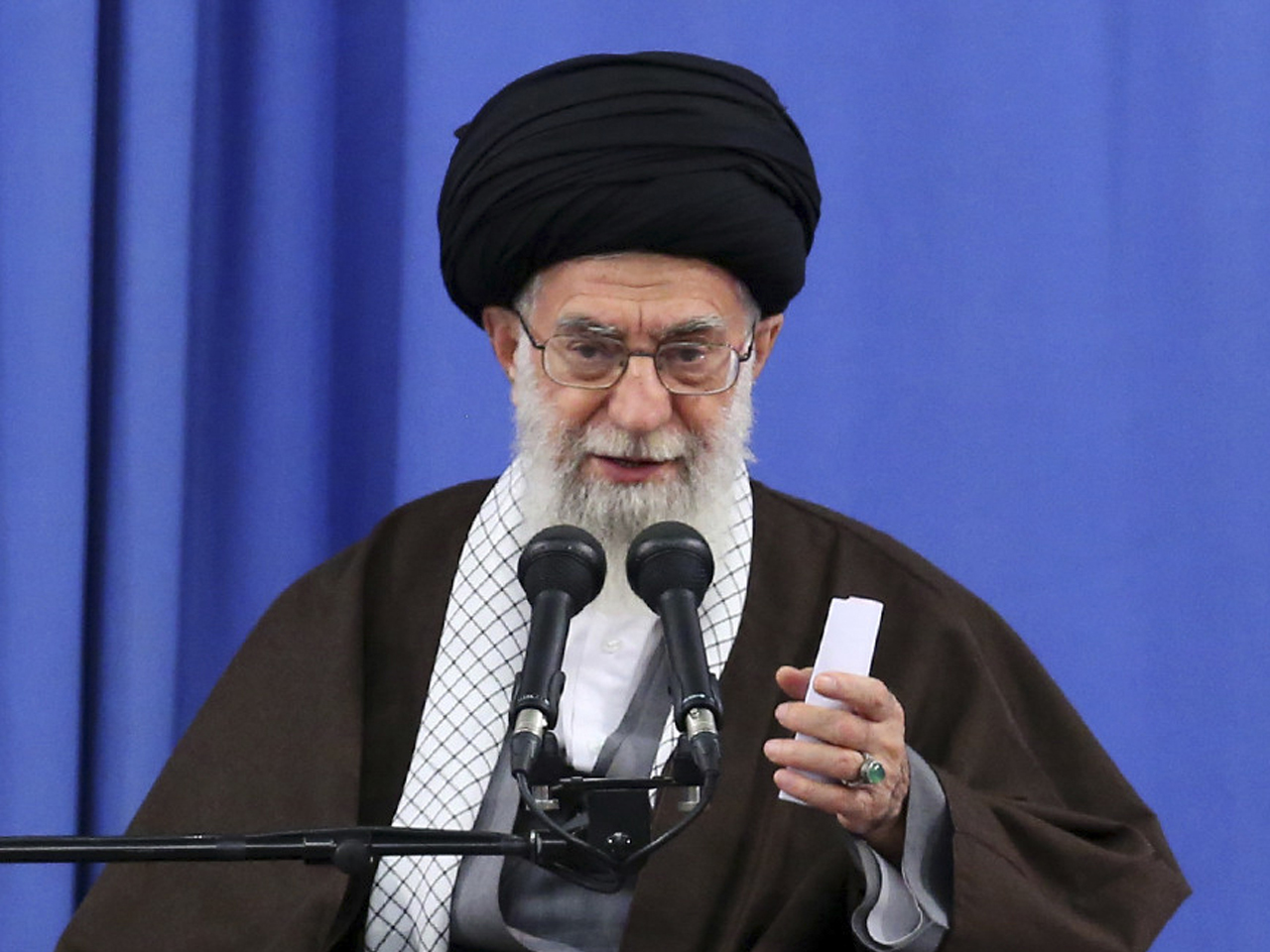 TEHRAN, Iran -- Iran's Supreme Leader criticized the U.S. presence in the Persian Gulf region on Monday, saying American forces should go back to the Bay of Pigs, state media reported.

Ayatollah Ali Khamenei told a group of teachers Monday that American military drills in the region were proof of U.S. arrogance.

His remarks were an apparent reference to the 1961 failed invasion of Cuba by 1,500 CIA-trained exiles. Muslims also view pigs as unclean animals as the Quran prohibits followers of Islam from eating pork.

Khamenei also urged education officials to add other languages to their foreign language programs, saying limiting the curricula to English was a mistake.

Khamenei also reiterated his criticism about the conspicuous spending habits of Iran's increasingly prominent wealthy upper class, saying the government needed to regulate consumption patterns. Critics have drawn attention to the wave of new luxury cars present in Tehran and other major cities.

"I have many times warned but the consumption patterns have not been amended. The nouveau-riche kids with those cars in the streets are there for this reason, he said.

Khamenei has the final say on all state matters in Iran. Despite last summer's landmark deal between Iran and the world powers, he has remained publicly suspicious of Western intentions toward Iran and the influence of Western culture and values.