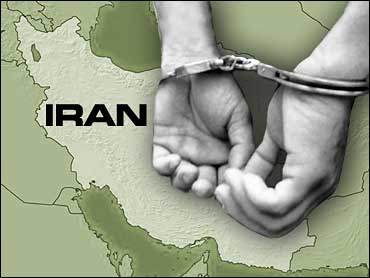 Tehran has said in recent months that it has al Qaeda figures in its prisons — but Wednesday's comments were the first word that some of them held high positions in Osama bin Laden's group.

"A large number of small and big-time elements of al Qaeda are in our custody," Intelligence Minister Ali Yunesi told reporters. He did not name any of the detainees.

Al-Adil had been the de facto "shot-caller" for al Qaeda with bin Laden on the run. The Saudis believe he is directly responsible for the Riyadh attack several weeks ago and badly want him sent back to Saudi Arabia, report Stewart. U.S. officials describe the Egyptian as a "psychopath" who was known to have plotted to crash an airplane into the Egyptian parliament.

U.S. officials have said at different times that intelligence suggested that the top five figures in al Qaeda below bin Laden and his deputy al-Zawahri are in Iran: al-Adil, training chief Abu Mohamed al-Masri, Saad bin Laden — one of the al Qaeda chief's sons — Abu Musab Zarqawi and Abu Hafs the Mauritanian.

U.S. counterterrorism officials, however, do not believe reports al-Zawahri is in Iran, but with bin Laden somewhere along the remote Afghan-Pakistani border.

The White House on Monday repeated its accusations that Iran — as well as Syria — are harboring terrorists, a charge both Tehran and Damascus deny. "This behavior is completely unacceptable," Bush said. "States that support terror will be held accountable."

Iranian officials have insisted they are pursuing al Qaeda figures and announced several months ago they had an undisclosed number in custody. They later said they identified the al Qaeda members, but never announced who they are.

"Wherever we learn of some clues about people connected to al Qaeda, we launch intelligence operations and arrest them. We are firm on this because we consider it our duty to do so," Yunesi said at a press conference after a Cabinet meeting at Iran's presidency.

Iran said last month that it was holding talks with foreign intelligence services, including Britain's, over the fate of its detained members of the al Qaeda terror group.

Iran has also said it would hand over to Saudi Arabia any of that country's nationals among the detained suspects.

U.S. officials suspect some al Qaeda figures in Iran played a role in the May 12 suicide bombings in the Saudi capital, Riyadh.

Earlier this year, Iran said it had extradited more than 500 al Qaeda members to their homelands — including Arab, European and African countries. Many al Qaeda operatives are believed to have fled to Iran after the overthrow of the Taliban regime in neighboring Afghanistan in late 2001.

Zarqawi — one of those U.S. officials have said may be in Iran — was the Bush administration's key alleged link between al Qaeda and the government of Iraqi President Saddam Hussein, although officials have offered almost no evidence of collusion between the two.

Al-Adil and al-Masri are both wanted in connection with the 1998 embassy bombings in East Africa, and U.S. officials say al-Adil may be connected to the May 12 bombings in Riyadh.