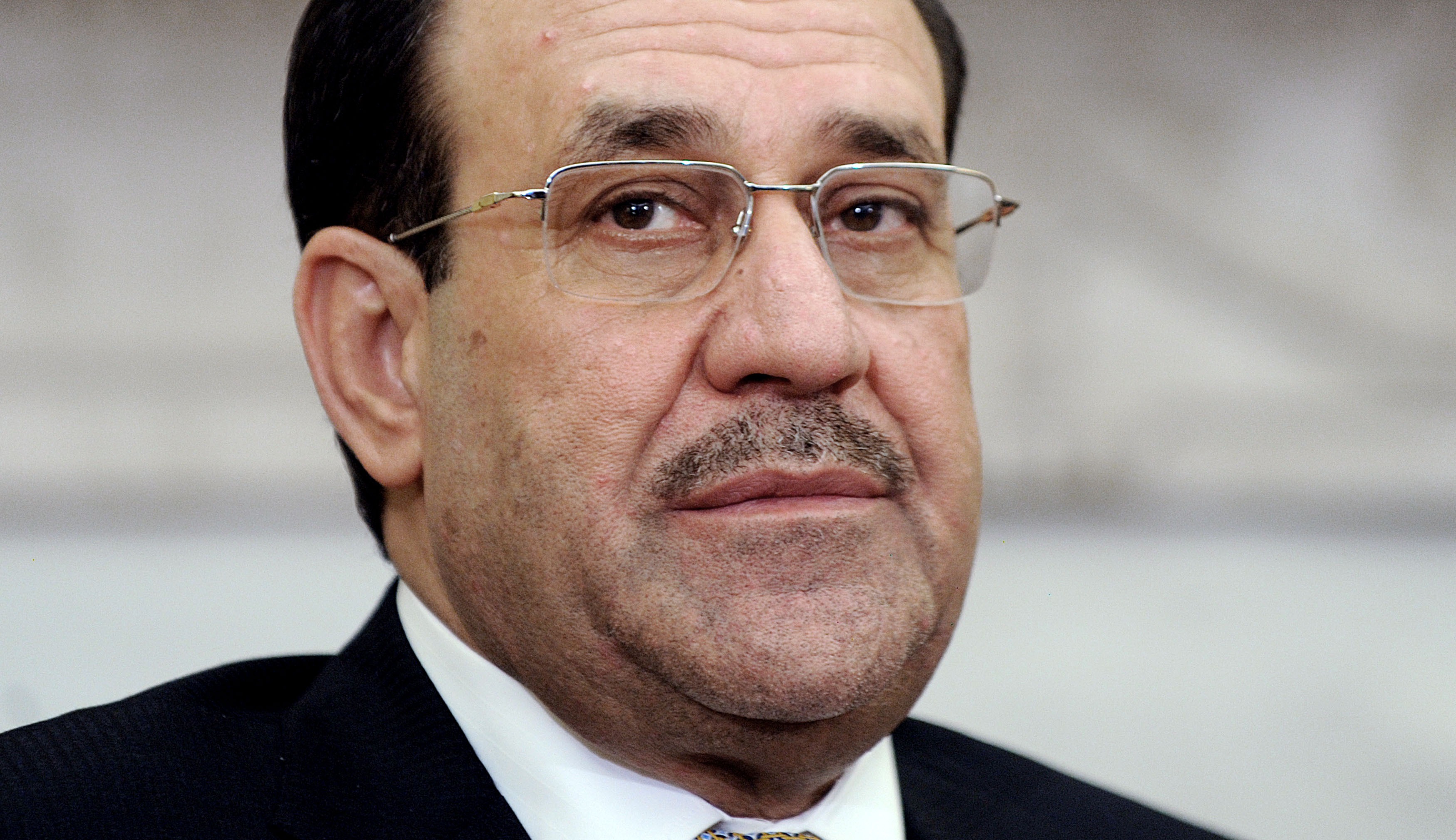 BAGHDAD -- Iraq's Shiite prime minister on Wednesday called on his nation's political blocs to close ranks in the face of a growing threat by Sunni militants who have blitzed through the country's west and north, but he gave no concrete promise of greater political inclusiveness for minority Sunnis.

U.S. officials have pressed for the next Iraqi government to be more inclusive, seeking to draw Sunni support away from militants.

In his weekly address to the nation, Nouri al-Maliki gave only a vague call for "all political forces to reconcile" with the principles of Iraq's constitutional democracy.

He rejected forming a "national salvation" government, which he said would go against the results of parliamentary elections held on April 30. Al-Maliki's coalition, the State of the Law, won the most seats in that vote -- 92 of the 328-seat chamber. In office since 2006, al-Maliki needs the support of a simple majority in the chamber to hold on to the job.

"We desperately need to take a comprehensive national stand to defeat terrorism, which is seeking to destroy our gains of democracy and freedom, set our differences aside and join efforts," said al-Maliki. "The danger facing Iraq requires all political groups to reconcile on the basis and principles of our constitutional democracy."

Al-Maliki's government is struggling to repel advances led by militants of the Islamic State of Iraq and Syria (ISIS), a well-trained and mobile force thought to have some 10,000 fighters and allies inside the two neighboring nations, including some Americans.

Also Wednesday, Sunni militants launched a dawn raid on a key Iraqi oil refinery they have been trying to take for days but were repelled by security forces, said Col. Ali al-Quraishi, the commander of the Iraqi forces on the scene.

CBS News correspondent Clarissa Ward reported Wednesday that Iraq's army had released new video purportedly showing its forces taking control of the refinery in Baiji -- the country's largest. But Ward said that while the government forces claim to be on the offensive, most of their troops are reinforcing defensive positions around the capital.

Baghdad's Shiites fear they could be massacred and the revered al-Kazimiyah shrine destroyed if Islamic State fighters capture the city of 7 million. Sunni residents also fear the extremists, as well as Shiite militiamen in the city, who they worry could turn against them.

But Ward said Wednesday on "CBS This Morning" that Iraq's national security forces are increasingly relying on Shiite volunteers who have answered a call to jihad by the country's top Shiite cleric, Ayatollah Ali al-Sistani, and picked up arms to help defend the Muslim sect's heartland in Iraq's south and east.

Ward visited one of the holiest Shiite shrines, in the city of Kerbala, where al-Sistani issued that that fatwa.

The Ayatollah's aid, Sayyed Afdul al Shamey told her the fatwa was for all Iraqi people to defend their cities against the militants. He said ISIS militants don't differentiate between religions -- anyone who doesn't agree with them, "they kill him."

Al Shamey believes Iraq is in more danger now than at any time since the U.S.-led war kicked off in 2003, and he said the Obama administration had already waited too long to help.

President Obama last week announced he would send as many as 300 advisers into Iraq to advise Iraqi security forces.

Iraqi officials have said the U.S. advisers were expected to focus on the better units the Americans had closely worked with before pulling out. Combined with approximately 360 other U.S. forces in and around the American Embassy in Baghdad to perform security, they would bring the total U.S military presence in Iraq to about 560.