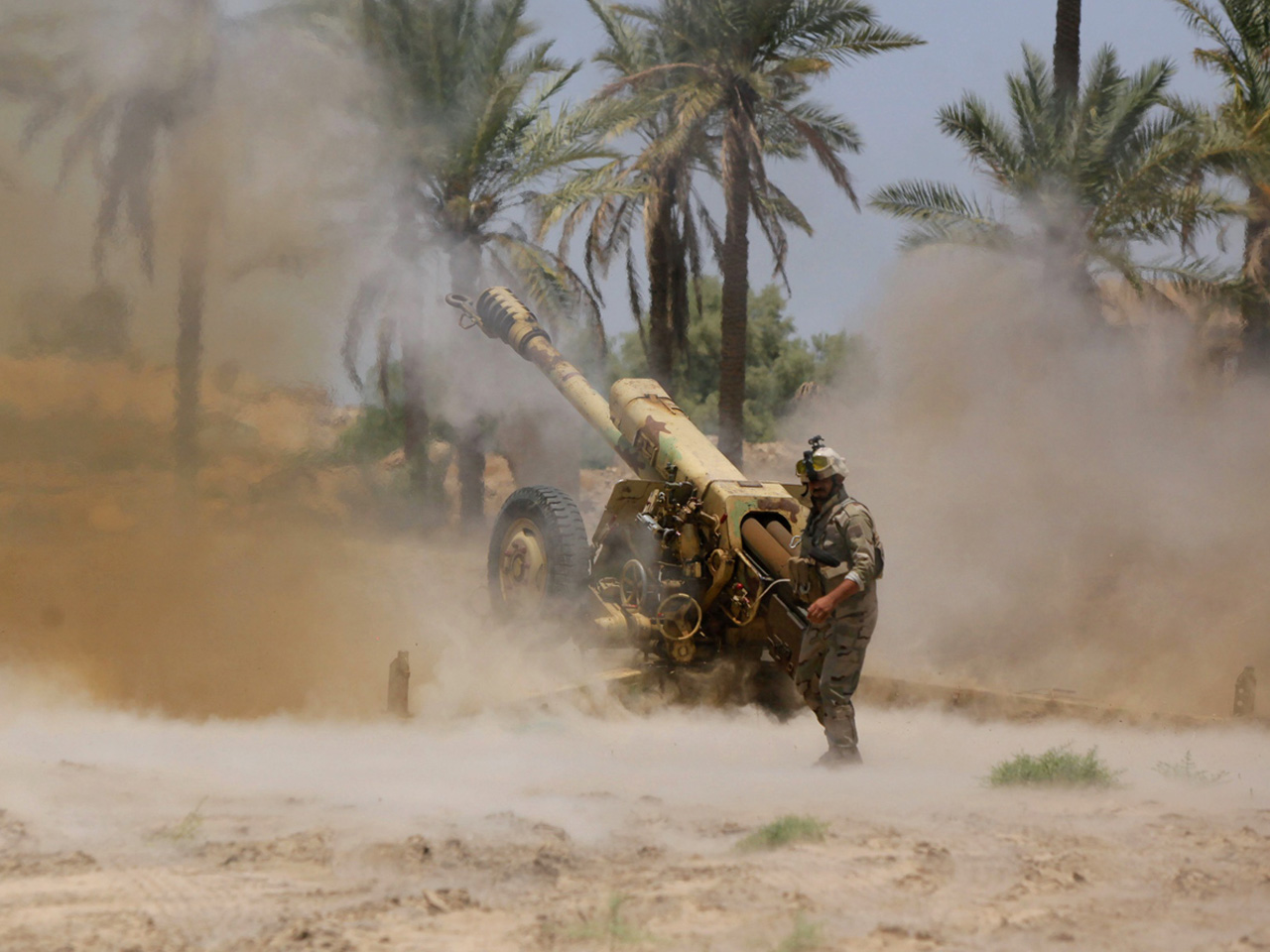 BAGHDAD -- Sunni militants captured the northern Iraqi town of Tal Afar early on Monday, its mayor and residents said, the latest blow to the nation's Shiite-led government a week after it lost a vast swath of territory in the country's north.

The town, with a population of some 200,000 people, mostly ethnic Shiite and Sunni Turkomen, was taken just before dawn, Mayor Abdulal Abdoul told The Associated Press.

The ethnic mix of Tal Afar, 260 miles northwest of Baghdad, raises the grim specter of large-scale atrocities by Sunni militants of the al Qaeda-inspired Islamic State of Iraq and Syria, or ISIS, who already claim to have killed hundreds of Shiites in areas they captured last week.

A Tal Afar resident reached by phone confirmed the town's fall and said militants in pickup trucks mounted with machineguns and flying black jihadi banners were roaming the streets as gunfire rang out.

The local security force left the town before dawn, said Hadeer al-Abadi, who spoke to the AP as he prepared to head out of town with his family. Local tribesmen who continued to fight later surrendered to the militants, he said.

"Residents are gripped by fear and most of them have already left the town to areas held by Kurdish security forces," said al-Abadi.

The fall of Tal Afar comes a week after militants of ISIS, also known as the Islamic State of Iraq and the Levant (ISIL), captured Iraq's second-largest city, Mosul, and Saddam Hussein's hometown of Tikrit in a lightening offensive.

Fighting in Tal Afar began on Sunday, with Iraqi government officials saying that ISIS fighters were firing rockets seized from military arms depots they captured in the Mosul area. They said the local garrison suffered heavy casualties and the main hospital was unable to cope with the wounded, without providing exact numbers.

A report Monday in Iran's state-controlled media suggested the leader of ISIS, Abu Bakri al-Baghdadi, had been injured in fighting around his hideout in Mosul. The report could not be independently confirmed, and ISIS made no mention of an attack on its leader on their website.

CBS News correspondent Clarissa Ward says that while the U.S. remains reluctant to get involved in the recent outbreak of violence militarily, Iran has thrown its full support behind the Shiite-dominated government in Baghdad. CBS News can confirm that the head of Iran's elite paramilitary Quds force, Qassem Suleimani, is in Baghdad along with a contingent of Iranian fighters.

Over the weekend, militants posted graphic photos that appeared to show their gunmen massacring scores of captured Iraqi soldiers. The pictures, on a militant website, appear to show masked ISIS fighters loading the captives onto flatbed trucks before forcing them to lie face-down in a shallow ditch with their arms tied behind their backs. The final images show the bodies of the captives soaked in blood after being shot at several locations.

In a statement Monday, U.N. Secretary-General Ban Ki-moon called the images "deeply disturbing" and said those responsible for it must be brought to justice.

CBS News is unable to confirm the authenticity of the images or verify the number of men killed, but CBS News' Ward says the release of the disturbing photos appeared to be an effort to spark an all out sectarian bloodbath in the country.

On Sunday, ISIS released a new statement promising the battle for Baghdad was imminent. Ward says Iraqi forces beefed up security across the capital city with new checkpoints, but militants still managed to set off a car bomb in the heart of the capital, targeting a store where Iraqi soldiers buy their uniforms, killing almost 20 people.

Security at the U.S. Embassy in Baghdad was also strengthened and some staff members were being moved out of Iraq's capital city, a State Department spokeswoman said Sunday.

Jen Psaki said in a statement that many of the U.S. Embassy staff will stay in place even as parts of the country experience instability and violence. She did not say the number of personnel affected. The embassy is within Baghdad's Green Zone. It has about 5,000 personnel, making it the largest U.S. diplomatic post in the world.

Iraq's military has said it's fighting back, releasing video of helicopter gunships hitting what they described as ISIS targets over the weekend.

And Ward says the country's Shiite Muslim community is also mobilizing, answering the call of the country's top Shiite cleric to wage jihad against the Sunni militants as a religious duty.

"I've come to volunteer to fight side by side with the Iraqi army, to defend our homeland," one new recruit in Baghdad told CBS News.