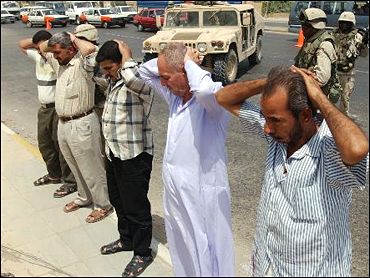 Iraq's cascade of violence claimed more American lives, with a bomb attack on a military convoy in Baghdad early Monday killing one U.S. soldier and gunmen slaying two others in attacks hours earlier.

Insurgents threw a homemade bomb at a U.S. convoy in northern Baghdad early Monday, killing a soldier, said Sgt. Patrick Compton, a spokesman for the military.

Late Sunday, two assailants fired on another U.S. military convoy killing another soldier. Troops returned fire, killing one of the attackers and wounding the other, Compton said. The wounded suspect was taken into custody.

In the third fatal attack, an assailant shot a U.S. soldier in the head at close range as he waited to buy a soft drink at Baghdad University at midday Sunday.

Since President Bush declared the war over on May 1st, nearly 30 American soldiers have been killed in hostile actions, reports CBS News Correspondent David Hawkins.