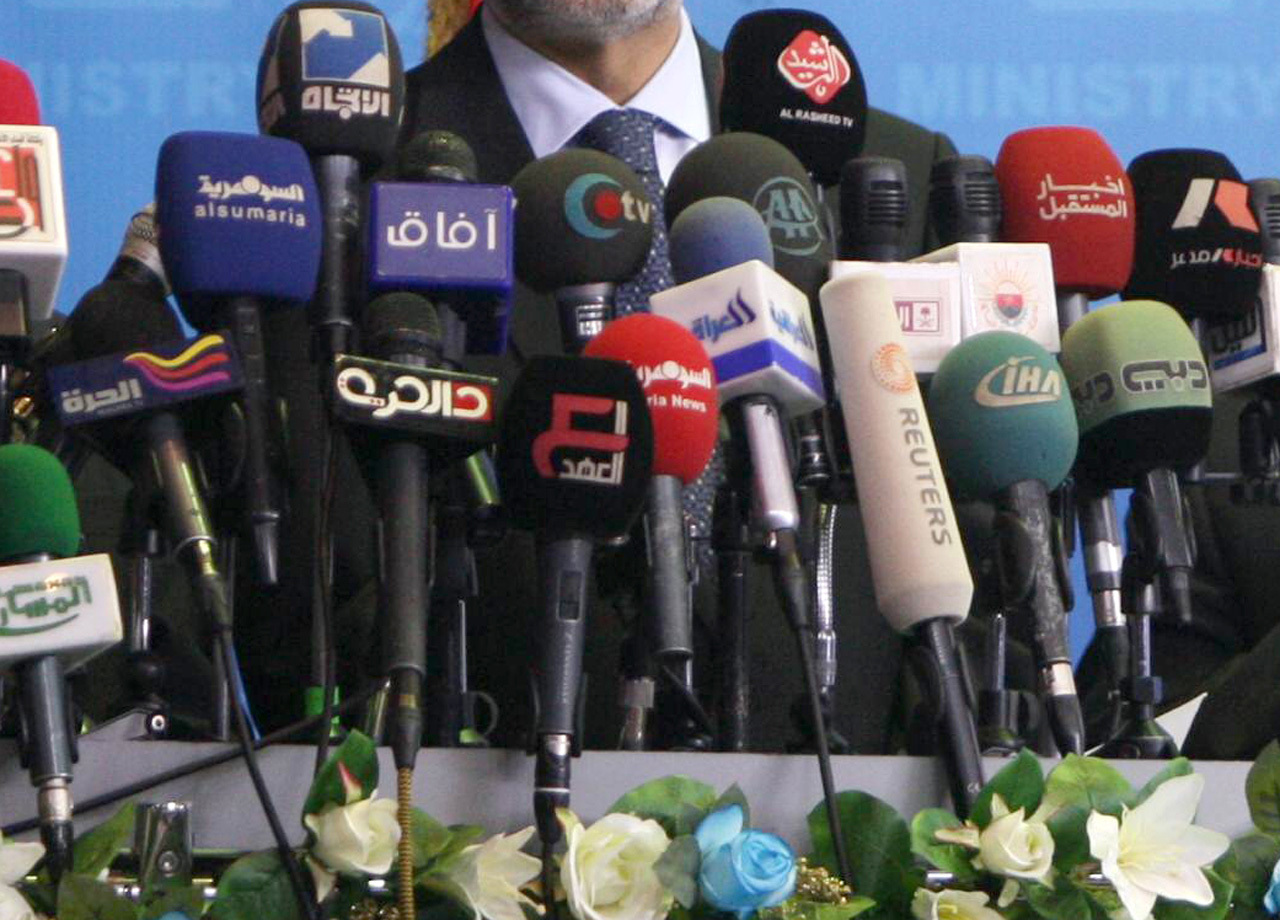 (CBS/AP) BAGHDAD - Security forces in Iraq were ordered to shut down the offices of 44 media agencies, according to a press freedom group based in Baghdad.

Among the prominent media outlets targeted were the BBC, the Voice of America, the U.S.-backed Radio Sawa, and the Arab satellite channels Sharqiya and Baghdadia.

The Journalistic Freedoms Observatory (JFO) obtained a copy of an official document revealing the order, issued by the Communications and Media Commission (CMC) and addressed to the Interior Ministry. The document states that the CMC had suspended operating licenses, or banned cameramen and other journalists, of certain domestic and foreign-based radio and TV companies, and recommended banning 44 Iraqi and foreign media agencies from operating in various parts in the country, including Kurdistan.

The document states that Deputy Interior Minister Adnan al-Assadi has already instructed officials "to stop media cooperation with these agencies," and ordered police to ban the channels.

Ziyad al-Aajly, head of the Observatory, called it a warning to the media that threatens the future of Iraq's fledgling democracy.

"It is a government message to the media outlets that if you are not with us, then you are against us," al-Aajly told the Associated Press.

Safaa Rabie, head of Iraq's Communications and Media Commission that regulates the news media, denied that. "It is an organizational matter, not a crackdown on the press," he said.

The Observatory said the document was circulated to Baghdad police in early May - five days after International Press Freedom Day.

Voice of America spokesman Kyle King told CBS News that while the organization is continuing to gather information about the matter, it is being characterized as a regulatory matter being discussed with federal and local officials in Iraq, and added, "There is no indication that this issue is directed at our reporters in the field.

"Both Radio Sawa and Voice of America are still on the air in Iraq, and will continue to work with Iraqi authorities to ensure full compliance with any new Iraqi regulations," King said.

An official at Radio Sawa said it does have a license and could not explain Sunday why it had been singled out.

"We were surprised ... because we think that we work in accordance with all Iraqi laws," Sawa deputy director Salah Nasrawi told teh Associated Press. "Bureaucracy and the delays in the government offices might be behind this."

A senior Communications and Media Commission source told Reuters that media companies were warned that they would be shut down because they hadn't paid their license fees.

The Journalistic Freedoms Observatory states that the commission has already collected as much as $1.37 million in fines from various media organizations.

According to Reuters, the BBC is negotiating the renewal of its license with the Iraqi authorities.

"The delay is due to technicalities," it said in a statement. "The BBC's journalists in Baghdad are not currently experiencing any issues reporting from the country, and it is important that the BBC and other international news organizations are able to operate freely and bring independent and impartial news to audiences in Iraq and the wider region."

Reuters notes that some of the 44 outlets mentioned in the order no longer operate bureaus in Iraq.

Prior to the last election, the commission issued regulations covering the press, which one journalist called "preemptive, vague and easily misused." Among them: Demands that broadcasters refrain from "any content that encourages sectarianism or violence." The commission also has the authority to shut down or suspend media organizations over minor violations, issue fines and confiscate equipment.

Describing Iraq's Journalist Protection Law, Mohamed Abdel Dayem, Middle East and North Africa program coordinator for the Committee to Protect Journalists, said, "What the government has done is pile one badly-written law on top of at least two older, restrictive laws. The result is a legal nightmare for journalists."

A lawsuit has been filed by journalists to repeal the regulations.

Last Wednesday, at a rally in Baghdad, followers of cleric Muqtada al Sadr protested restrictions on Iraqi media and called for a parliamentary vote of no confidence on Prime Minister Nouri al-Maliki.