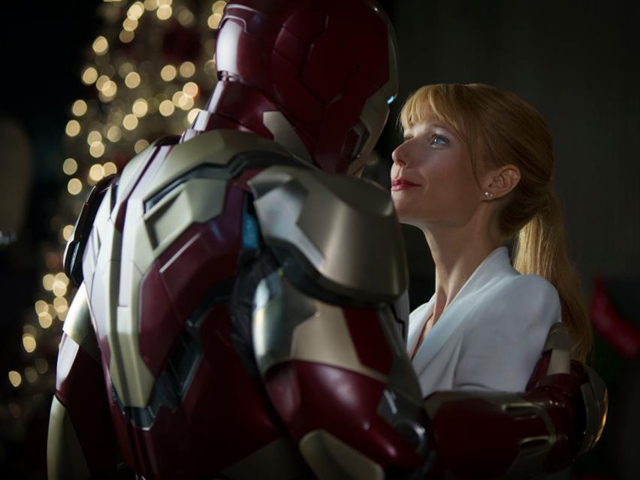 Things are different for Tony Stark now. He's in love. He's out for revenge. And apparently he can't sleep.

The action-packed trailer begins with a grim voice-over from Robert Downey Jr. saying: "I'm Tony Stark: I build neat stuff, I got a great girl, and occasionally save the world. So why can't I sleep?"

So if that's any indication of the direction of "Iron Man 3," it looks like things are going to be a little less fun for Tony Stark, and possibly for viewers. In this third installment -- due in theaters May 3 -- Tony says, "No politics here. Just good ol' fashioned revenge."

And that revenge is presumably aimed at bad guy The Mandarin (a ponytail-clad Ben Kingsley). Over shots of mayhem, explosions, and a struggling Gwyneth Paltrow, Kingsley utters evil lines like, "Today is the first day of what's rest of your life" and "Do you want an empty life or a meaningful death?" Meanwhile, Guy Pearce puts the fate of the world in Tony's hands.

So yeah, Iron Man's got a reason or two to pop an Ambien.

But don't worry, it's not all sad faces for "Iron Man." There are still some signature funny quips and one-liners between Downey and Don Cheadle, and the special effects are amazing as always.