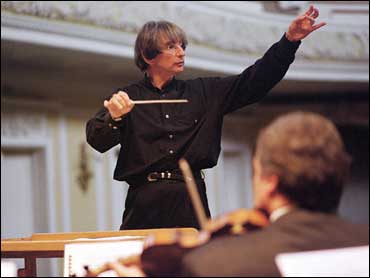 Taxpayers with hard-to-fix problems will have a new toll-free hot line giving them access to Internal Revenue Service advocates who have broader authority to intervene and tell enforcement agents to back off.

The hot line number, 1-877-777-4778, will appear prominently in this year's tax form instructions. It is among the wholesale changes ordered by Congress to bring more independence and authority to the 80 taxpayer advocates and their problem resolution caseworkers.

"We're trying to make it so that when you do business with the IRS, we're on your side, as long as you're trying to be cooperative and do a reasonable job of paying your taxes," IRS Commissioner Charles Rossotti said in an interview this week.

Announcement of the hot line Thursday coincides with two related events Saturday: the second annual "Problem-Solving Day," when people can quickly resolve longstanding difficulties at 40 IRS offices around the country, and the first meeting in Miami of a citizen advocacy panel that will recommend ways to improve the service.

The IRS has had a problem resolution program and taxpayer advocates since 1977, but they were frequently difficult for taxpayers to reach and had limited authority to intervene in disputes.

"The problem resolution office was a well-kept secret," Val Oveson, the new national IRS taxpayer advocate, said in an interview Thursday. "Not enough people were getting through. This new number will give people a direct pipeline to a place where they can get help."

Phil Brand, a former IRS compliance chief who is now with the KPMG Peat Marwick accounting firm, said that under the old system only taxpayers facing severe hardship - loss of a home or seizure of bank accounts - could obtain the services of an IRS advocate or problem caseworker.

The IRS reform law passed by Congress this year lowered that threshold, gave advocates broader authority to intervene, and ensured their independence from colleagues in the tax compliance and enforcement divisions.

"The advocate now has authority to intervene in situations where all of us would say 'that's not right even if it may be legal'," Brand said. "The office is poised to be something very different than it has been in the past."

The new factors an advocate can consider include the impact on taxpayers of delays longer than 30 days, the costs people incur while waiting for IRS relief, and what long-term harm may result if the relief isn't granted.

Most people who think they've got a beef with the IRS should first call the main help line at 1-800-829-1040Oveson said. But if that doesn't settle things, the new hot line will put taxpayers in touch with someone who can personally see the matter through.

The law requires that person to contact the taxpayer within seven days to acknowledge acceptance of the case, give an IRS contact name and telephone number, and give firm dates for status updates and final completion.