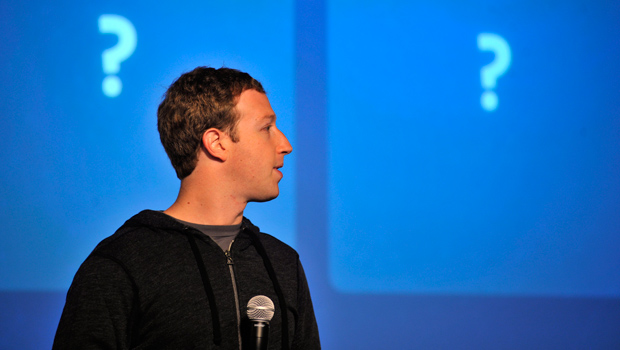 (MoneyWatch) Facebook (FB) is planning an Android event for the first week in April. That again kicked off rumors of a Facebook-branded phone, which CEO Mark Zuckerberg insisted was not true.

Of course, corporate executives commonly conceal companies' future plans, but something about Zuckerberg's statement rang true. Given the dynamics of Facebook's business model, he needs as many people as possible using the service to bring in revenue. Something else is likely in the air: A heavy degree of integration with Android, the mobile device operating system from Google (GOOG). The question is who Facebook might be targeting with such a move and whether the move could actually drive users away from the social network.

Anything that links Facebook to phones becomes a hot rumor because Facebook is increasingly dependent on mobile traffic. Right after the company's 2012 IPO, it was concern about mobile revenue growth that hammered Facebook's stock and kept it below its original opening price since. By contrast, mobile helped drive strong revenue growth in Facebook's 2012 fourth quarter, providing 23 percent of total ad revenue. Furthermore, a growing portion of the company's users check in via mobile devices.

Simply, Facebook must succeed in mobile if it is to grow its revenue sufficiently to justify that initial valuation of more than $100 billion.

The Facebook phone rumors have been around since at least the fall of 2010. Talking to TechCrunch, Zuckerberg described the company's "horizontal" strategy of making the social network ubiquitous. That makes sense, as it's hard to become a mobile juggernaut if you focus on a single branded device. Market share shifts from one vendor to another over time.

But even then, Zuckerberg discussed the possibility of "integration into the [Android] operating system," which powers the majority of phones. That was echoed again -- creating a new variation of Android with Facebook integrated deeply -- when tech blog AllThingsD declared that Facebook was working with hardware vendor HTC.

And now comes the April 4th event in which the press has been invited to "come see our new home on Android." There is reportedly integration with Android that could be even more extensive than how Apple (AAPL) last mobile platform incorporates Facebook.

Pushing back on Google

There are a few reasons why Facebook would do this:

- Google is a rival and is unlikely to promote Facebook to such an extent. To compete with Google's own Google+ social network, Facebook needs to force a stronger presence on Android.

- Facebook needs to keep the users it has won while it tries to continue growing its base. Appearing on the Android home screen and as the social mechanism for other apps would provide the attention it needs.

- The more mechanisms Facebook has to reach the user, the more opportunities it has to show ads and make money.

Still, a modified version of Android won't automatically appear on the phones from other vendors. Zuckerberg  may hope to expand Facebook's reach, but that will only come if other phone makers adopt this new variation.

It all comes down to users, who have shown some signs of Facebook fatigue in the company's oldest and most important market of North America. Will users want to be constantly reminded of everything Facebook, especially when many Android phones already provide alerts when new messages and responses come in? Maybe not -- in which case this major announcement could ultimately turn into a minor dud.