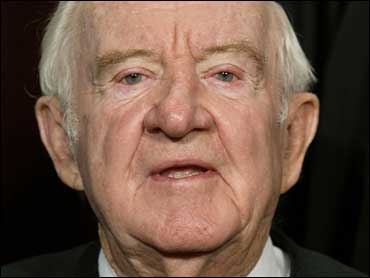 Supreme Court Justice John Paul Stevens has hired fewer law clerks than usual, generating speculation that the leader of the court's liberals will retire next year.

If Stevens does step down, he would give President Barack Obama his second high court opening in two years. Obama chose Justice Sonia Sotomayor for the court when Justice David Souter announced his retirement in May.

Souter's failure to hire clerks was the first signal that he was contemplating leaving the court.

Stevens, 89, joined the court in 1975 and is the second-oldest justice in the court's history, after Oliver Wendell Holmes. He is the seventh-longest-serving justice, with more than 33 years and eight months on the court.

In response to a question from The Associated Press, Stevens confirmed through a court spokeswoman Tuesday that he has hired only one clerk for the term that begins in October 2010. He is among several justices who typically have hired all four clerks for the following year by now. Information about this advance hiring is not released by the court but is regularly published by some legal blogs.

Stevens did not say whether he plans to hire his full allotment of clerks or whether he will leave the court at the conclusion of the term that begins next month. Retired justices are allowed to hire one clerk.

Former law clerks said the justice has for years hired all his clerks at once, usually in June or July of the year preceding their appointment. "I'd be surprised if he hired one but not four," said Columbia University law professor Jamal Greene, who worked for Stevens in 2006 and 2007.

But as to what that might mean, Greene said, "Frankly, your guess is as good as mine."

But one former clerk, University of Oklahoma law professor Joseph Thai, said he takes it as a sign that Stevens is likely to retire soon.

"It seems to indicate that he probably won't go beyond the current term," Thai said, cautioning that Stevens has said nothing to him about leaving.

Thai said Stevens could retire with his legacy secure and with little to gain from staying on a conservative-leaning court led by Chief Justice John Roberts.

"The other thing he could do by retiring sooner is achieve a sort of secondary legacy, by allowing President Obama to choose an ideologically compatible successor," Thai said.

When it comes to retirement, justices have their own "don't ask, don't tell" policy. Other than the occasional reporter, whose question typically is ignored, no one even bothers to ask justices when they will quit. That goes for their law clerks and even other justices.

So reading between the lines becomes more important. Souter often was the last justice to hire clerks, but when he hadn't even interviewed candidates by mid-April, the prospect that he might retire loomed ever larger.

Artemus Ward, who co-wrote a book on law clerks called "Sorcerers' Apprentices," said predicting retirements by looking at changes in when justices hire clerks often is futile. But Ward acknowledged that Souter's recent example has caused him to think about Stevens' possible departure in a new light.

Still, he said other factors might cause Stevens to stay on.

Justice Ruth Bader Ginsburg had surgery this year for early-stage pancreatic cancer. While Ginsburg has been her usual energetic self, including frequent speaking engagements and a teaching stint in Europe this summer, long-term survival rates for pancreatic cancer are low.

Ginsburg, 76, has said she intends to serve into her early 80s, and she has hired her clerks for the court term that begins in October 2010.

Justices are reluctant to retire in bunches, mainly because they want the nine-member court as close to full strength as possible. If Ginsburg's health were to deteriorate, Stevens probably would stay, Ward said, because "protecting the institution takes precedence over personal departure decisions."

Stevens also is nearing two longevity records. When he joined the court, he replaced the longest-serving justice, William O. Douglas, and would need to serve until mid-July 2012 to top that service record. He would surpass Holmes as the oldest sitting justice if he were to remain on the court until Feb. 24, 2011.

Fordham Law School professor Abner Greene, a Stevens clerk in 1987 and 1988, said Stevens could step down next year having attained several milestones - his 90th birthday, 40 years as a judge and 35 on the Supreme Court.

But like other former employees, Greene said he has no idea what Stevens is planning.