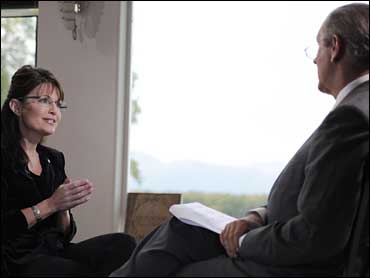 Sarah Palin made her debut performance as a Vice Presidential candidate with Charlie Gibson last night.

I kept thinking as I watched, as much interest as this interview has generated, as huge an audience as it will draw, can it, will it, change anyone's view?

I talked with a high powered female Republican operative who was impressed. Not overly effusive in her praise. A solid double, she called it. Her Democratic counterpart described it as a weak bunt.

Though she's only been on the national stage for fourteen days, the jury has already returned its verdict on Sarah Palin. She is either loved or loathed. There's not much in between. Speak to your friends, was anyone's mind changed? Did she surprise anyone you know? Or disappoint?

While unifying the Republican party, Palin is a polarizer. She splits people. Her supporters and detractors are equally passionate and much to the delight of Republicans she's befuddled the press.

Criticism or scrutiny is sexist - or biased. She is the perfect candidate. Untouchable.