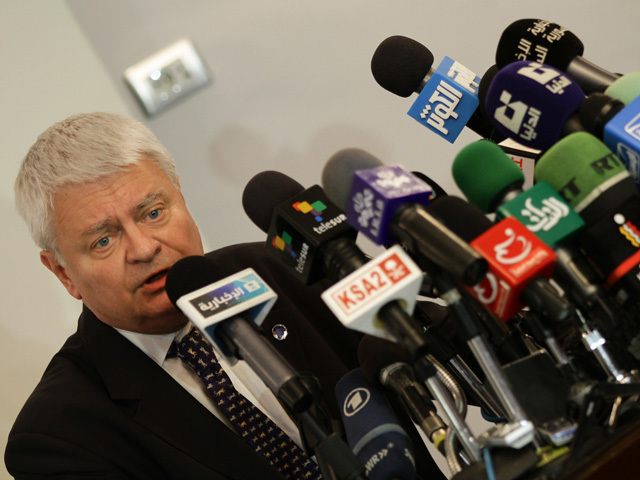 (CBS/AP) Has the conflict in Syria descended into civil war? According to a U.N. official, it would appear that way. But is that designation "official," and if so, does that mean any different action from the United Nations?

"Clearly what is happening is that the government of Syria lost some large chunks of territory in several cities to the opposition and wants to retake control of these areas," Ladsous said.

"If you can't call it a civil war, then there are no words to describe it." He added that to stop "this civil war from worsening," Assad must leave power and Syrian opposition groups must start a new government. He said he will be in personal contact with the opposition inside Syria.

Ladsous' assessment has drawn a reaction from Syria as well as a clarification from United States and the peacekeeping chief's own department.

Syria's Foreign Ministry expressed "astonishment" over Ladsous' statement that the country was already in a civil war. The ministry said it lacked objectivity, was "far from reality" and inaccurate.

"Syria is not witnessing a civil war but rather an armed conflict to uproot terrorism and confront killings, kidnappings, bombings ... and other brutal acts by armed terrorist groups," the ministry said. Syrian authorities often refer to rebels fighting to oust Assad as terrorists.

Russia rejects Hillary Clinton's claims of sending attack helicopters to Syrian regime's military
Colin Powell: U.S. shouldn't go to war in Syria even though strategy to quell violence "not working"
Syria lashes out at US over massacre remarks

CBS News White House correspondent Nora O'Donnell brought up the issue of not terming the situation in Syria as a civil war with White House spokesman Jay Carney.

Watch White House spokesman Jay Carney's explanation of whether Syria is in a civil war below:

"I think that it is largely irrelevant to have a debate about terminology," he responded.

"What we know is that if we don't act quickly, if we don't come together at the United Nations, at other forums, through the Friends of Syria and elsewhere to help the Syrian people bring about the transition that they deserve -- we will be in a situation, or we will likely be in a situation, where Syria is experiencing a sectarian civil war that could spill beyond its borders; that could destabilize the region; that could involve other countries in the kind of proxy conflict that can be very damaging not just to the region, but to the world."

Meanwhile, the U.N.'s Department of Peacekeeping Operations said that the international law implications of that description would not apply, at least not yet, said CBS News Foreign Affairs Analyst Pamela Falk, from the U.N.

Mr. Ladsous was not legally characterizing the conflict in Syria. He responded to a question, agreed on how a journalist described the factual situation on the ground, Kieran Dwyer told Falk.

Activists say some 14,000 people have died in the Syrian conflict so far.