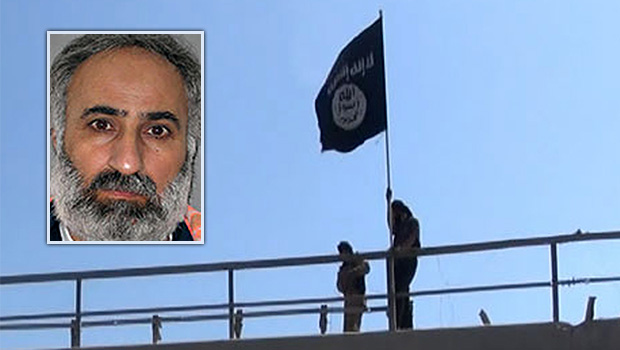 U.S. officials believe a senior Islamic State of Iraq and Syria (ISIS) commander has been killed.

"We are systemically eliminating ISIL's cabinet.The U.S. military killed several key ISIL terrorists this week, including, we believe, Haji Imam," Defense Secretary Ash Carter said Friday, identifying Imam as a "well-known terrorist" high in the ranks of the extremist group. "The removal of this ISIL leader with hamper the organization's ability for them to conduct operations both inside and outside of Iraq and Syria."

Imam, believed to also go by the names Abd al-Rahman Mustafa al-Qaduli and Abou Ala al-Aafri, was a senior member of ISIS from the start. He came from the group's predecessor, al Qaeda in Iraq, which he helped found more than a decade ago.

At the Pentagon news conference, Carter identified him as an acting "finance minister" for the group who had been responsible for some "external affairs and plots." He was a senior member of the ISIS leadership board, and there had been talk that he could have been named a successor to the top figure, Abu Bakr al-Baghdadi, if he was ever killed.

There was a $7 million reward for information leading to Imam's capture or killing.

The defense secretary on Friday declined to comment on the specifics of where and how Imam was killed, though he indicated that "it is consistent with our strategy" in the region.

In spite of ISIS' demonstrated ability to carry out, or at least inspire and claim credit for, attacks in Western Europe in recent months, it has lost significant ground -- and a number of senior members -- in Iraq and Syria during the same timeframe.

In December, the Pentagon said the extremist group's finance minister and two other senior leaders were killed in an airstrike.

Earlier this month, CBS News' David Martin reported that the U.S. had confirmed the death of ISIS commander Omar al-Shishani, also known as "Omar the Chechen." Al-Shishani, who had a $5 million bounty over his head issued by the U.S. government, was believed to be the extremist group's war minister. He died of wounds inflicted from a March 4 airstrike that occurred near al-Shaddadeh, a former terrorist stronghold.

"Leaders can be replaced. However, these leaders have been around for a long time. They are senior, they are experienced," Carter said Friday. He also called for the U.S. to "hasten the defeat" of ISIS, as currently "the momentum of this campaign is clearly on our side."

Appearing beside Carter at the news conference, Joint Chiefs Chairman Gen. Joseph Dunford, added that "there are a lot of reasons to remain optimistic" about the campaign. He cautioned, however, that "by no means " is the U.S. "about to break the back of ISIL."

"We will be discussing with the president in the coming weeks to further enable our support for the Iraqi Security Forces," Dunford said. The two officials "believe that there will be an increase to the U.S. forces in Iraq in the coming weeks," though that decision has yet to be made.

Speaking Friday to CBSN correspondent Vladimir Duthiers in Brussels, Secretary of State John Kerry said the brutal attacks in Belgium this week were in fact a reaction by the group to its losses in the two countries it swept across in a summer 2014 blitz.

"Forty percent of the territory that Daesh held has been taken back," Kerry told CBSN, using an Arabic acronym for ISIS. "Their leadership is being taken apart, their revenue is being cut... What you're seeing (in Europe) are desperation, lash-out events."