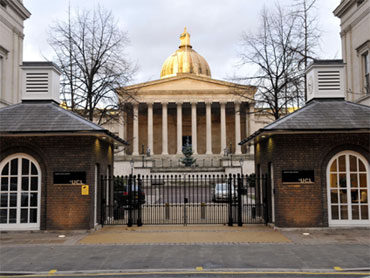 The British university attended by the man alleged to have attacked a Detroit-bound airliner on Christmas Day said Monday it would investigate whether there was anything at the school that could push students toward extremism.

Some security experts criticized the leadership of University College London after it emerged that Nigerian Umar Farouk Abdulmutallab served as the leader of the school's Islamic Society in 2007. The university had previously said it would investigate, and it announced Monday that its inquiry would examine whether there were "conditions at UCL that might contribute to the radicalization of students."

Media and counterterrorism experts have highlighted an anti-war conference organized by Abdulmutallab entitled "The War on Terror Week," which explored the Muslim concept of Jihad. Many also noted that the Islamic Society had recently extended an invitation to Birmingham-based cleric Abu Usamah, who was secretly filmed in 2007 disparaging women as "deficient" and calling on believers to kill gays and crucify apostates.

In an interview with the AP late last month, London-based terror expert Peter Neumann said he believed University College London's Islamic Society had a particularly hardline reputation. The society has declined repeated requests for comment over the past month, although Qasim Rafiq, who preceded Abdulmutallab as the society's president, said there were no signs that the Nigerian harbored radical views.

In a statement, University College London Provost Malcolm Grant said his university had a legal obligation "to guarantee freedom of speech on campus within the law."

"Campuses are and should be safe homes for controversy, argument and debate," he said. "This clearly does not include incitement that could lead to terrorism and murder."

Grant said an independent review would examine "all aspects of Mr. Abdulmutallab's time at UCL" and whether the university properly handled the invitation of speakers to campus.

The inquiry will be led by Fiona Caldicott, the principal of Oxford University's Somerville College. The statement said its first meeting would take place next month.

The FBI accuses Abdulmutallab of trying to destroy a Northwest Airlines Flight to Detroit by igniting explosives concealed in his underwear. He has pleaded not guilty to a six-count indictment.
By Associated Press Writer Raphael G. Satter