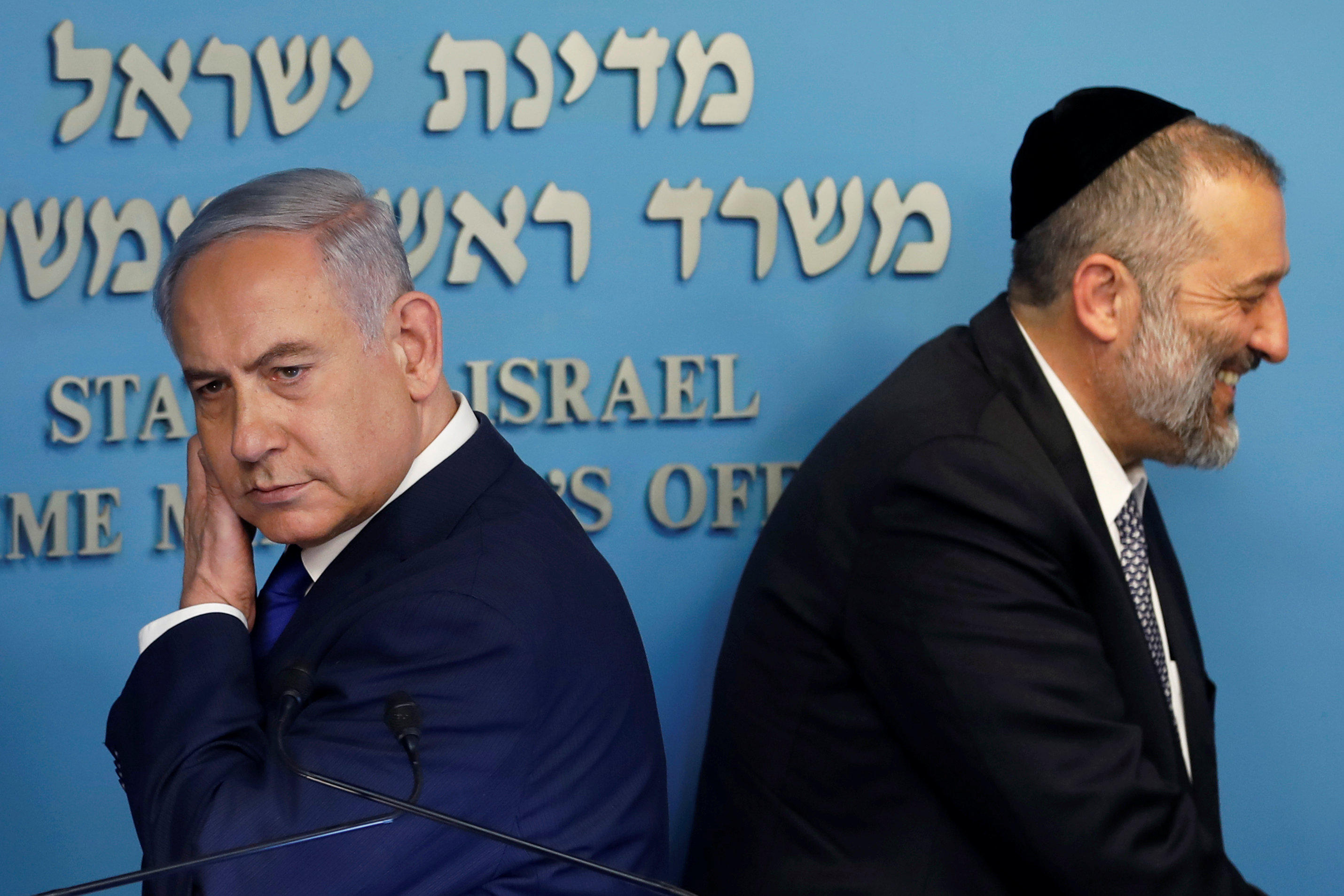 JERUSALEM -- Israeli Prime Minister Benjamin Netanyahu canceled an agreement with the United Nations on Tuesday to resettle thousands of African migrants after pressure from hawks in his coalition prompted him earlier to suspend it. Netanyahu suddenly announced he was suspending the deal Monday night, just hours after touting it on national television, until he could meet with Israeli residents of south Tel Aviv, areas with large migrant populations who feel slighted by the deal.

After meeting with residents on Tuesday Netanyahu said he had weighed the pros and cons and he "decided to cancel the agreement."

The move came after pressure from Netanyahu's nationalist allies who lashed out against the deal.

Naftali Bennett, leader of the nationalist Jewish Home party, tweeted shortly before Netanyahu's statement nullifying the deal that the agreement "is bad for Israel."

He said "it's not enough to suspend it, I call on the prime minister to cancel it completely. Its approval would cause generations of crying and determine a precedent in Israel granting residency for illegal infiltrators."

Netanyahu had announced Monday afternoon that Israel agreed to cancel the planned expulsion of the migrants. The deal called for sending about half of the 35,000 African migrants to Western nations and allowing the rest to remain in Israel.

Dozens of migrants and their Israeli supporters protested the suspension outside the prime minister's office in Jerusalem and government offices in Tel Aviv as Netanyahu met with the neighborhood representatives.

Some protesters stripped to the waist, draped themselves with chains and taped their mouths shut at a protest in Tel Aviv. Others waved signs reading "Human lives are not to play with. Yes to the deal."

Protester Daniella Elyashar called on Netanyahu to "stop this political game." Another protester, Veronika Cohen, said "yesterday we were in tears of joy and this morning just in tears."

Hardliners in Netanyahu's coalition strongly criticized the deal for allowing thousands of Africans to remain after the prime minister announced it.

Labor Party leader Avi Gabbay slammed the sudden turnaround on Army Radio questioning if defense decisions are also made in the same manner.

"It is sad, troubling and even a little scary that decisions are made that way," Gabbay said. He accused Netanyahu of leadership based on polls and comments on social media.

Writing in the Yediot Ahronot newspaper, Sima Kadmon noted Netanyahu's decision "lasted for just six hours and 45 minutes" before "an important and courageous decision by the prime minister was trampled under the boots of the right wing divisions."

Most of the African migrants are from war-torn Sudan and Eritrea, the latter having one of the world's worst human rights records. The migrants say they are asylum-seekers fleeing danger and persecution, while Israeli leaders have claimed they are merely job seekers.

The Africans started arriving in 2005 after neighboring Egypt violently quashed a refugee demonstration and word spread of safety and job opportunities in Israel. Tens of thousands crossed the porous desert border with Egypt before Israel completed a barrier in 2012 that stopped the influx.

Thousands of African migrants are concentrated in neighborhoods in south Tel Aviv, where ethnic food shops and phone card stalls line the streets, and the area has become known as "Little Africa." This has sparked tension with the working-class Jewish residents who have been putting pressure on the government to find a solution.

Residents complained the agreement doesn't address their needs and demanded assurances that remaining migrants will be dispersed around the country as promised.

The prime minister's turnaround threw into limbo the surprise agreement, which had finally offered a solution to an issue that has divided Israel for a decade. The deportation plan had been widely criticized at home and abroad, even by some of Israel's closest supporters.