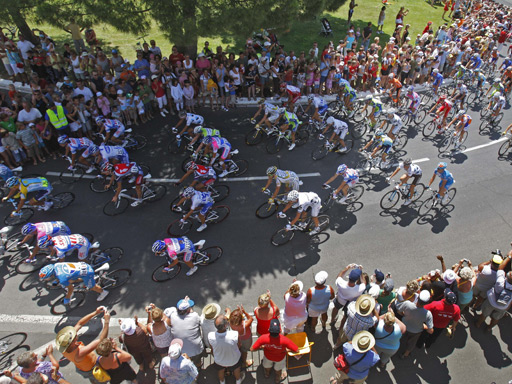 The claim was dismissed Wednesday by Palestinian Authority officials as an Israeli attempt to discredit Arafat.

Palestinians in the West Bank and Gaza Strip live in increasingly deteriorating conditions, and Arafat has repeatedly made appeals for international aid.

Arafat, who maintains a frugal life-style, has kept tight control over the multimillion-dollar budgets of the Palestine Liberation Organization and later the Palestinian Authority, with little accountability. Arafat's unorthodox money management was part of his autocratic leadership style.

Arafat's new finance minister, Salam Fayad, has been trying to carry out some reforms and weed out corruption, but Israel's chief of military intelligence, Maj. Gen. Aharon Zeevi, told parliament's defense and foreign affairs committee Tuesday that he believed about $1.3 billion remained under Arafat's exclusive control.

It has been suggested in the past that Arafat would use some of the money if he and his closest aides were forced to flee the Palestinian areas.

In a report to international donors last year, Arafat acknowledged the existence of a multimillion-dollar slush fund. For years, Arafat directly controlled income from Palestinian Authority monopolies over cement and gasoline.

On Tuesday, Maj.-Gen Aharon Zeevi, Israel's chief of military intelligence, told parliament's Defense and Foreign Affairs Committee that Arafat was worth about $1.3 billion.

The figure is based on estimates by military intelligence, Giora Pordes, the parliament spokesman, said Wednesday.

Ghassan Khatib, the Palestinian labor minister, said leaking such information to the press was part of an ongoing campaign by Israel to discredit Arafat and prove that his administration was corrupt.

"This is not new. I think everybody should look for evidence before reporting or dealing with this kind of propaganda and lies," he said.

Meanwhile, the leader of Arafat's Fatah movement in the West Bank, Marwan Barghouti, appeared at a hearing in Tel Aviv District Court on charges of murder, attempted murder and involvement in terrorist organizations.

Barghouti is the first Palestinian leader to be brought to trial in Israel in two years of violence.

During Wednesday's hearing he held his handcuffs over his head and shouted the "uprising will be victorious."

Barghouti said he is a "peaceful man," but Israel says he's linked to 37 separate attacks in the past two years and claims Barghouti acknowledged orchestrating attacks during questioning.

Gesturing excitedly, he told reporters in Hebrew, Arabic and English that Israelis could only have security after withdrawing from Palestinian lands.

In the trial, Israel will try to show that senior Palestinian Authority officials were involved in planning and funding attacks against Israelis. The indictment said Barghouti, 43, headed terror groups in the West Bank and reported directly to Palestinian leader Yasser Arafat.

In the days of peacemaking in the 1990s, Barghouti developed friendships with some Israeli officials and helped persuade Fatah activists to recognize Israel.

However, after Israeli-Palestinian fighting erupted in September 2000, Barghouti adopted a more militant line, saying Palestinians had the right to drive Israelis out of the West Bank and Gaza Strip by force.

Barghouti, a member of the Palestinian parliament, delivered fiery speeches during street protests. He was arrested April 15 during an Israeli military sweep in the West Bank.

He maintains he is only a politician, but Israel says he was the key figure in organizing attacks by members of a Fatah-affiliated militia, the Al Aqsa Martyrs' Brigade.

The Justice Ministry said Barghouti was the "central partner in the decisions made by organizations that in the last two years carried out a series of attacks that claimed the lives of scores of Israeli citizens and wounded hundreds."

Prosecutor Devorah Chen said her case would be based on testimony of Al Aqsa regional commanders and field activists, including Nasser Awais and Nasser Abu Hmeid, two senior militiamen captured by Israel in recent months.

As the Fatah leader, Barghouti was in regular contact with many young activists. Many Fatah members are also active in the Al Aqsa militia that has claimed responsibility for many bombings and shootings.

Israeli security officials have said Barghouti was gradually drawn into direct involvement in attacks, first defending them, then funneling money to militants, and finally orchestrating them.

Barghouti and his lawyers have denied Israeli claims he acknowledged orchestrating attacks, saying he was interrogated incessantly after his arrest.

Jawad Boulos, the defense attorney, said he would not call witnesses. Barghouti does not recognize the jurisdiction of the Israeli court, Boulos said.