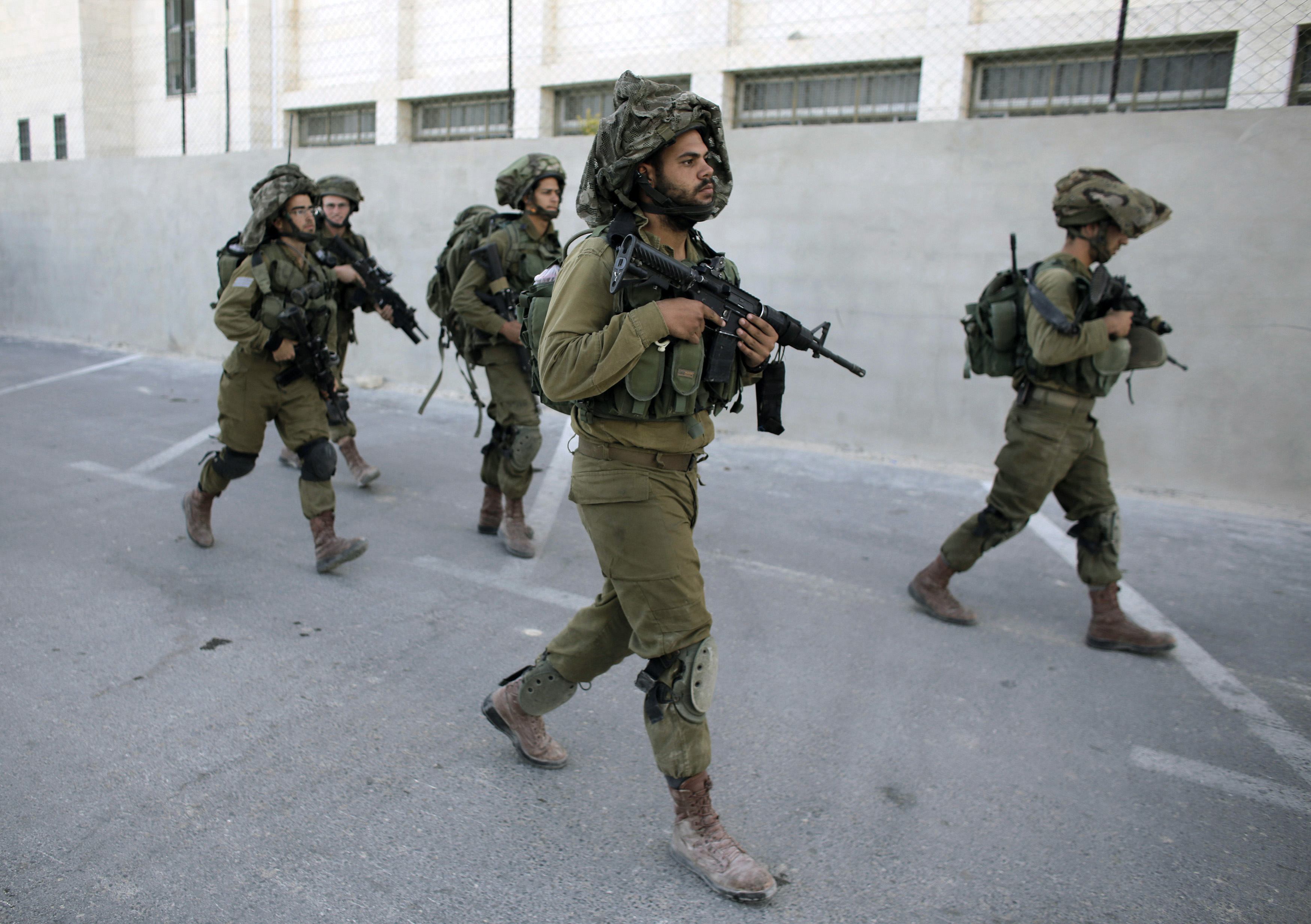 JERUSALEM -- Israeli troops on Monday rounded up dozens more Hamas activists, including senior figures, as part of a feverish search for three kidnapped Israeli teenagers who Israel alleges were seized by the Islamic militant group in the West Bank.

The abductions came at a time when Israeli-Palestinian tensions were already running high over Palestinian President Mahmoud Abbas' formation of a unity government that is backed by his former rival Hamas.

With senior Israeli officials now calling for crackdown on Hamas and perhaps even the Western-backed Abbas, there is growing concern of a major escalation.

Israel's government is reportedly weighing a series of measures, including the deportation of Hamas leaders from the West Bank to Gaza, where Hamas remains the de facto power on the ground, despite the unity deal.

Israeli troops have arrested more than 150 Palestinians, most of them from Hamas, over the past four days in a dramatic security crackdown. Among those detained were 10 Hamas members of the long-defunct Palestinian parliament.

The three young men, 16-year-olds Gilad Shaar and Naftali Frenkel, and Eyal Yifrach, 19, disappeared Thursday afternoon while hitchhiking home from a religious school to their Jewish settlement in the West Bank. D'Agata explains that Frenkel is a dual Israeli-U.S. citizen, and over the weekend his mother Rachel pleaded for his safe return.

Israeli Prime Minister Benjamin Netanyahu has alleged that Hamas carried out the kidnappings, but provided no evidence. He has also held Abbas responsible for the fate of the teens and alleged the unity government created the atmosphere for the kidnappings.

Netanyahu called Abbas on Monday, a rare contact between the two leaders, the Israeli premier's office said. Netanyahu called on Abbas to help with efforts to rescue the abducted teens and arrest the Hamas kidnappers.

Abbas aides have rejected Netanyahu's contentions that the Palestinian self-rule government is ultimately responsible, saying that Israel is in overall control of the West Bank. The alleged kidnapping took place at a junction that is under Israeli control and is commonly used by soldiers and Jewish settlers.

The Palestinian leader had remained silent since Thursday, but issued a statement Monday in which he condemned both the kidnappings and Israeli arrest sweeps.