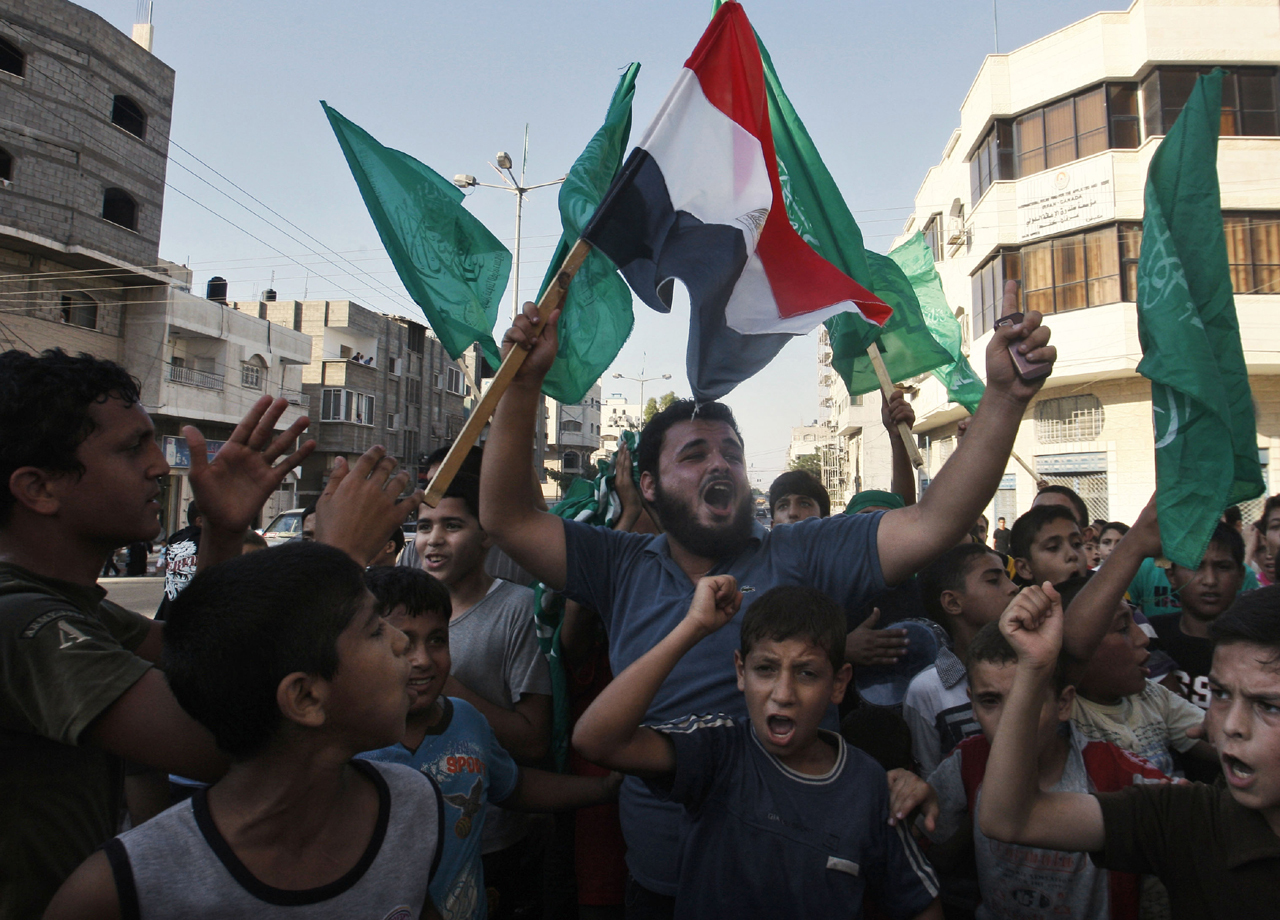 (AP) JERUSALEM - The Muslim Brotherhood victory in Egyptian presidential elections, announced Sunday, has raised fears in Israel that its strategic 1979 peace agreement with its southern neighbor could be in danger.

In contrast, in the Hamas-ruled Gaza Strip, ecstatic residents flocked into the streets, fired guns in the air and handed out candy in celebration.

Israel's peace agreement with Egypt, its first with an Arab country, is a cornerstone of Israeli security. The agreement ended decades of hostilities, with to five wars and thousands of deaths.

While relations have never been warm, Egypt has upheld the deal, keeping its bordering Sinai peninsula largely demilitarized, allowing the Israeli military to focus on other hostile borders with the Palestinians, Syria and Lebanon.

In a statement, Israeli Prime Minister Benjamin Netanyahu said he respected the results of Egypt's democratic process and hoped the peace agreement would remain intact.

"Israel expects to continue cooperation with the Egyptian government on the basis of the peace agreement between the two countries, which is of interest to the two peoples and contributes to regional stability," he said.

With the Egyptian military still the ultimate power in Egypt, senior Israeli defense officials who maintain contacts with Egypt said Sunday that they do not expect any immediate changes in relations. Over the long term, they warned, the Brotherhood may seek to cancel the peace agreement. The officials spoke on condition of anonymity because they were discussing a sensitive security assessment.

The Muslim Brotherhood, founded in Egypt in 1928, is a pan-Arabic movement that favors creation of a Muslim state that encompasses the entire Middle East. It has never given up that goal, but as it gains official power in Egypt, winning parliamentary elections and now the presidency, it has indicated pragmatic willingness to accept the existence of Israel.

Although some Brotherhood leaders have said they will never meet with an Israeli official, they have been careful to say they would not cancel the treaty. Like many other Egyptians, they favor amendments — primarily to allow more Egyptian troops into the Sinai. Israel has already permitted an increase of troops there, demanding that Egypt bring violent extremists under control.

Since longtime Egyptian President Hosni Mubarak was overthrown last year, Israel has watched the security situation in the Sinai deteriorate into lawlessness. Armed gangs are believed to control wide swaths of territory, smugglers have helped thousands of African migrant workers sneak into Israel and various Arab militant groups, some believed to have ties to al Qaeda, operate freely.

Eli Shaked, a former Israeli ambassador to Egypt, said the Egyptians would "have a lot to lose" if they canceled the peace, including Western investment and billions of dollars in U.S. aid. Even so, he warned, the treaty was not safe.

In the Gaza Strip, tens of thousands of joyous Palestinians took to the streets across the territory after the result was announced.

Gunmen fired automatic weapons in the air, and mosque loudspeakers reverberated with prayers. Some revelers handed out candy on street corners.

The celebrations were marred when one person was killed and six others wounded by celebratory gunfire.

Hamas is an offshoot of the Muslim Brotherhood. The Brotherhood's ascent to power in Egypt has raised hopes that Gaza's relations with its powerful southern neighbor will improve.

"Today is new era for us in Gaza. The days of suffering due to the Egyptian authorities are over, said Rawhi Talab, 51, a food store owner.

Hamas leader Mahmoud Zahar told a rally in downtown Gaza that "the heart of Jerusalem has started to beat again," adding, "We are not asking Egypt to fight on our behalf." Hamas does not recognize Israel.

Mubarak collaborated with Israel in a blockade of Gaza. The blockade, first imposed after Hamas-linked gunmen captured an Israeli soldier in 2006, was tightened the following year when Hamas violently seized power in the seaside strip.

Morsi has not yet said what plans he has for dealing with Gaza, which shares a nine-mile border with Egypt, which ruled Gaza from 1948 to 1967.

Hamas Prime Minister Ismail Haniyeh phoned Morsi to congratulate him on becoming Egypt's first Islamist president. "This is a victory for all Arabs and Muslims, and this is God's promise to his believers," the Hamas leader said.

Palestinian President Mahmoud Abbas, a secular leader who governs in the West Bank, also congratulated Morsi. "The president expressed his respect for the choice of the great Egyptian people," according to a statement from the official Wafa news agency.

The leaders of Kuwait and Bahrain sent cables to Morsi congratulating him, according to statements carried by their official news agencies.