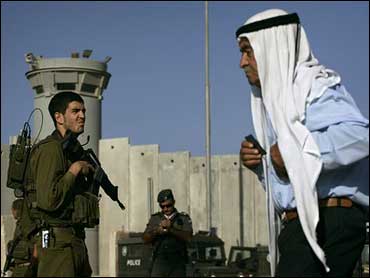 Hundreds of Palestinians thronged two major West Bank checkpoints, trying to reach a key Islamic shrine in Jerusalem on the first Friday of the Muslim holy month of Ramadan, despite tight Israeli restrictions.

As the holiest place in Judaism and third holiest in Islam, it is a focal point of the Israeli-Palestinian conflict, reports CBS News correspondent Robert Berger.

Later Friday, several tens of thousands of Palestinians participated in the Al Aqsa service, and the crowd dispersed peacefully.