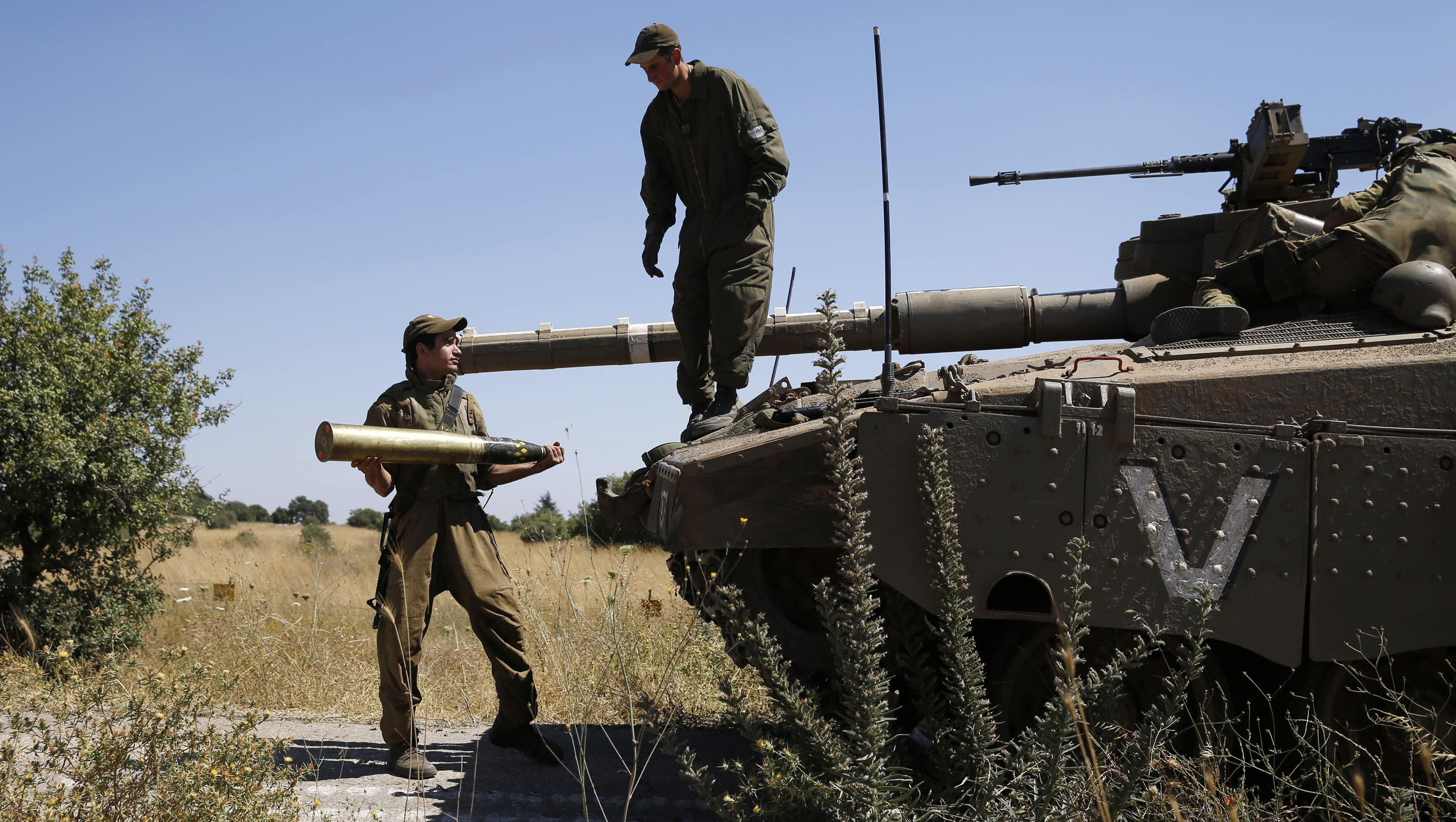 JERUSALEM - Israeli warplanes bombed a series of targets inside Syria early Monday, the Israeli military said, in response to a cross-border attack that killed an Israeli teenager the previous day.

In all, Israel said it struck nine military targets inside Syria, and "direct hits were confirmed." The targets were located near the site of Sunday's violence in the Golan Heights and included a regional military command center and unspecified "launching positions."

There was no immediate response from Syria.

In Sunday's attack, an Israeli civilian vehicle was struck by forces in Syria as it drove in the Israeli-controlled Golan Heights. A teenage boy was killed and two other people were wounded in the first deadly incident along the volatile Israeli-Syrian front since Syria's civil war erupted more than three years ago. The Israeli vehicle was delivering water as it was doing contract work for Israel's Defense Ministry when it was struck.

"Yesterday's attack was an unprovoked act of aggression against Israel, and a direct continuation to recent attacks that occurred in the area," said Lt. Col. Peter Lerner, a military spokesman. He said the military "will not tolerate any attempt to breach Israel's sovereignty and will act in order to safeguard the civilians of the state of Israel."

The sudden burst of violence has added to the tense situation in Israel, where forces have spent the past week and half in a broad ground operation in the West Bank in search of three teenage boys believed to have been abducted by Hamas militants.

Israel has carefully monitored the fighting in Syria, but has generally kept its distance and avoided taking sides. On several occasions, mortar shells and other types of fire have landed on the Israeli side of the de facto border, drawing limited Israeli reprisals. Israel is also believed to have carried out several airstrikes on arms shipments it believed to be headed from Syria to Hezbollah militants in neighboring Lebanon.

It was not immediately clear whether Syrian troops or one of the many rebel groups battling the government carried out Sunday's deadly attack in the Golan. But Lerner said it was clear that the attack was intentional. Israel has repeatedly said it holds the Syrian government responsible for any attacks emanating from its territory, regardless of who actually carries them out.

Israel captured the Golan Heights, a strategic plateau overlooking northern Israel, from Syria in the 1967 Mideast war. Israel's annexation of the area has never been recognized internationally.

The incident occurred in the area of Tel Hazeka, near the Quneitra crossing. The Britain-based Syrian Observatory for Human Rights said Syrian troops had shelled nearby targets on the Syrian border earlier in the day.

Israeli police identified the boy as Mohammed Karaka, 14, of the Arab village of Arraba in northern Israel. Local media said he had accompanied his father, the truck driver, to work.

Late Sunday, Prime Minister Benjamin Netanyahu said he spoke to the boy's father and sent his condolences. "Our enemies don't differentiate between Jews and non-Jews, adults and children," he told an international gathering of Jewish journalists.

In his address, Netanyahu said in conflicts like Syria, where al Qaeda-inspired extremists are battling Iranian-backed Syrian troops, there is no good choice and it is best for Israel to sit back and let its enemies weaken each other. "This is a fault line between civilization and savagery," he said.