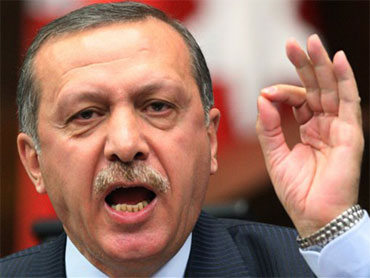 An Israeli official says Turkey has snubbed the country's ambassador last week by not inviting him to a diplomatic dinner.

The incident was the latest sign of deteriorating ties between the two formerly close allies. Relations hit a low point after Israel's May raid on an international flotilla that aimed to bust the blockade of Gaza and left nine pro-Palestinian Turkish activists dead.

The Israeli official spoke Sunday on condition of anonymity because the ministry had no official comment.