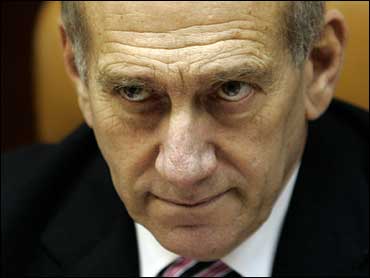 Israel's state comptroller, a government watchdog, has already investigated allegations that Olmert bought the house at a price significantly below market value, opening suspicions of fraud and bribery.

If indicted, he would be forced to step down, reports CBS News correspondent Robert Berger.

Olmert declared his innocence and insisted the price he paid was fair.

"We are absolutely convinced of the integrity of the Olmert family's purchase of the house," the statement said. "This investigation is uncalled for."

He promised to "cooperate fully" with the investigation.