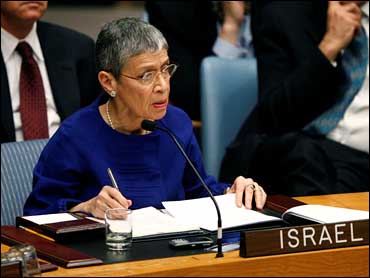 Shalev said that the negotiations will succeed, in part because of the chemistry between President Barack Obama and Israeli Prime Minister Netanyahu and in part because all sides want peace.

The negotiators hope to have a two-state solution ironed out within a year, but it may take longer, Shalev said, noting that Middle East timetables were not like Swiss watches. She added that the talks will bear fruit, regardless of the fact that Hamas will not play a role and Iran will try to derail the peace process.

After two years as Israel's UN ambassador, Shalev is returning to her country to continue her academic work in the legal field. Next month the UN General Assembly is expected to deal with the Goldstone Report on Israel's alleged war crimes during the Gaza invasion of 2008 and the flotilla incident on May 31 when nine pro-Palestinian activists were killed when Israeli naval commandos boarded a Turkish ship that was trying to break Israel's sea blockade of Gaza.

What If Iran Was A Nuclear Nation?

Why Have the Middle East Peace Talks Now?