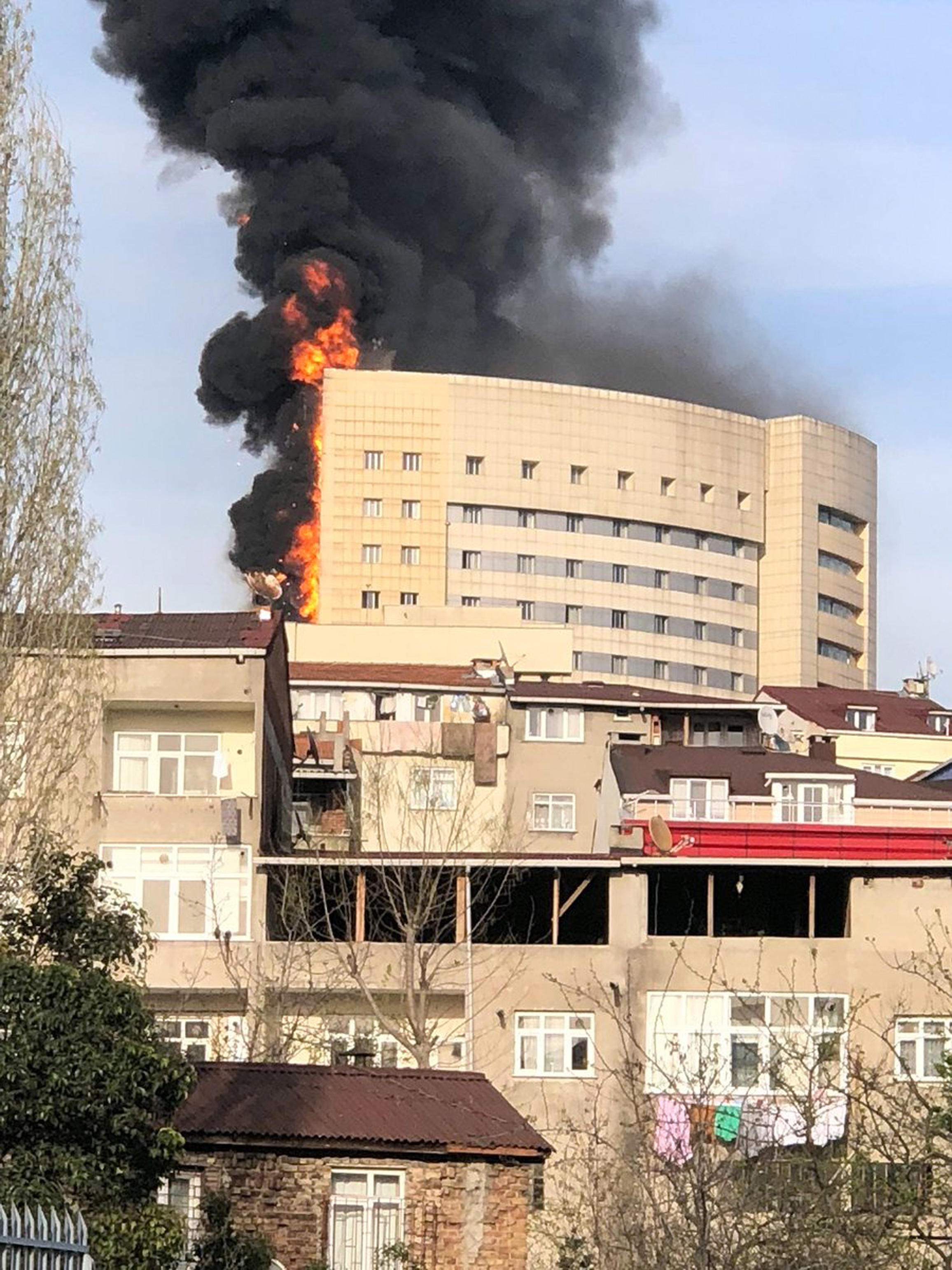 ISTANBUL -- A fire broke out at a multi-story hospital in Istanbul on Thursday, forcing the evacuation of patients. There were no immediate reports of any deaths or serious injuries, although several people were affected by smoke.

"Until now, we have not had any bad news concerning deaths," Istanbul's governor, Vasip Sahin, said. "God willing it will remain that way."

Television footage in Turkey showed flames engulfing a facade of the Taksim Ilk Yardim hospital in the city's Gaziosmanpasa district. Thick black smoke rose toward the sky as firetrucks and ambulances arrived at the scene.

Sahin said the fire raged on the building's roof and facade but not inside the hospital. However, smoke filled the inside of the building, he said.

He said it was too soon to determine what had caused the fire.

Media reports said some patients were transported to other hospitals.