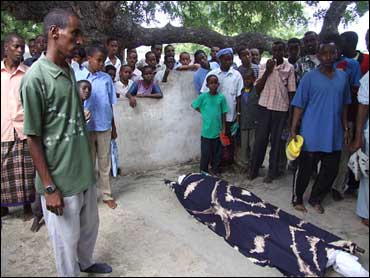 While we all are dissecting the Justice Department's new policies and procedures, and while we all are still trying to digest the ramifications of the new anti-terror law — the USA Patriot Act of 2001 — it's worth remembering this week that the final word in our system of laws is the Constitution itself and the final say on the Constitution rests with the federal judiciary.

So the fact that the Justice Department wants to eavesdrop on in-custody conversations between a client and his lawyer doesn't mean that it'll happen anytime soon or that it'll happen for very long. And the fact the new terror law gives the Attorney General power to "certify" an alien as a terror threat and then detain that person for a long period of time doesn't mean that the Attorney General's power is unlimited.

Legal and illegal immigrants may have lost some rights and privileges as a result of the nation's new war on terrorism, and some of those restrictions may or may not be particularly onerous, but the Justice Department hasn't become omnipotent overnight. John Ashcroft doesn't have royal or regal powers. That's true when it comes to the nation's anti-terror challenge and it also is true even when it comes to the Justice Department's new directive to get tough with doctors in Oregon who may prescribe controlled substances to terminally ill patients under that state's new assisted-suicide law.

The Constitution — the Fifth Amendment, for example — always trumps any federal statute, rule, regulation or order. And virtually every one of the new anti-terror laws, rules and regulations — especially those which are most controversial — likely will be challenged in federal court.

Depending upon how those challenges proceed, it is possible that nearly a dozen different federal judges — from the trial judge to the appellate judges all the way up to the nine Justices of the Supreme Court — will have the opportunity to chime in and, without exaggerating things too much, it is conceivable that any single one of those judges or justices could invalidate — permanently or temporarily — any single provision of the new paradigm.

Judges still will be judging; they haven't suddenly become "potted plants," to use the phrase made famous during the Iran-Contra hearings in 1987.

Take this new monitoring rule, for example. The feds now want to tap telephone conversations between lawyers and their clients. This would extend their practice of tapping conversations between prisoners nd their family members — a practice which has been going on for years. The difference is that there is no "father-son privilege" recognized in the law as there is an "attorney-client" privilege.

In the past, authorities have relied upon lawyers to fulfill their ethical obligations to report anything their clients may say about future criminal conduct. Now, apparently, the feds believe that prisoners may say something to their attorneys which doesn't fall into that category but which would be helpful to law enforcement officials.

The new regulation certainly will chill "privileged" conversations, in spite of some safeguards. But just because the feds want it doesn't make it so. This new rule in particular almost certainly will be challenged in court, and soon. And a federal judge will decide whether the regulation vitiates the attorney-client privilege to such an extent that it deprives the client of, for example, his constitutional right to an attorney.

Likewise, the USA Patriot Act will very quickly begin to generate legal challenges which ultimately will shape the force and effect of its provisions. The Act itself gives detainees the right to a habeas review, which means that they can take their objections to "certification" and detention to a federal judge and then seek an appeal before a federal appeals court.

This process isn't perfect. Habeas review in recent years — long before Sept. 11 — has been dramatically diminished in its scope and some detainees may find it difficult to find or afford attorneys who can help them make their claim. But the bottom line is that federal judges will be around to ensure that the Justice Department does not act illegally or even egregiously.

And already some federal judges are getting a little more antsy than they were just after Sept. 11 about blanket statements by federal authorities as to why a particular person ought to be detained. I suspect that judges will become more and more skeptical about such claims as time passes and, soon enough, judges around the country will be saying "no" when the feds say that Joe Blow needs to be detained without any public evidence of a threat.

Even when it comes to issues not relating to the new anti-terror challenge, the Justice Department doesn't always have the final say on what it wants to do and what it gets to do.

That was evident this week when four people in Oregon went to federal court and got a judge to stay — to put on hold indefinitely — a Justice Department directive designed to "chill" doctors from prescribing drugs to terminally-ill patients.

The Attorney General said he had issued the directive to the Drug Enforcement Agency as a result of a Supreme Court ruling earlier this year which held that California's medical marijuana laws could be and were trumped by federal statute. But the Oregon case and the California case are markedly different in law and fact. And now the federal courts will decide wheter federal authorities can tamper with what the voters of Oregon decided they wanted to do with the tough issue of physician-assisted suicide.

Federal judges aren't perfect. Many of them are as partisan and as close-minded as the politicians who selected them and the legislators who appointed them. But collectively they still stand as a monumental firewall to the kind of popular will we see so much of these days.

And given the other available choices, I'm much more comfortable having them — all of them, collectively — tell me what the government can and cannot do.