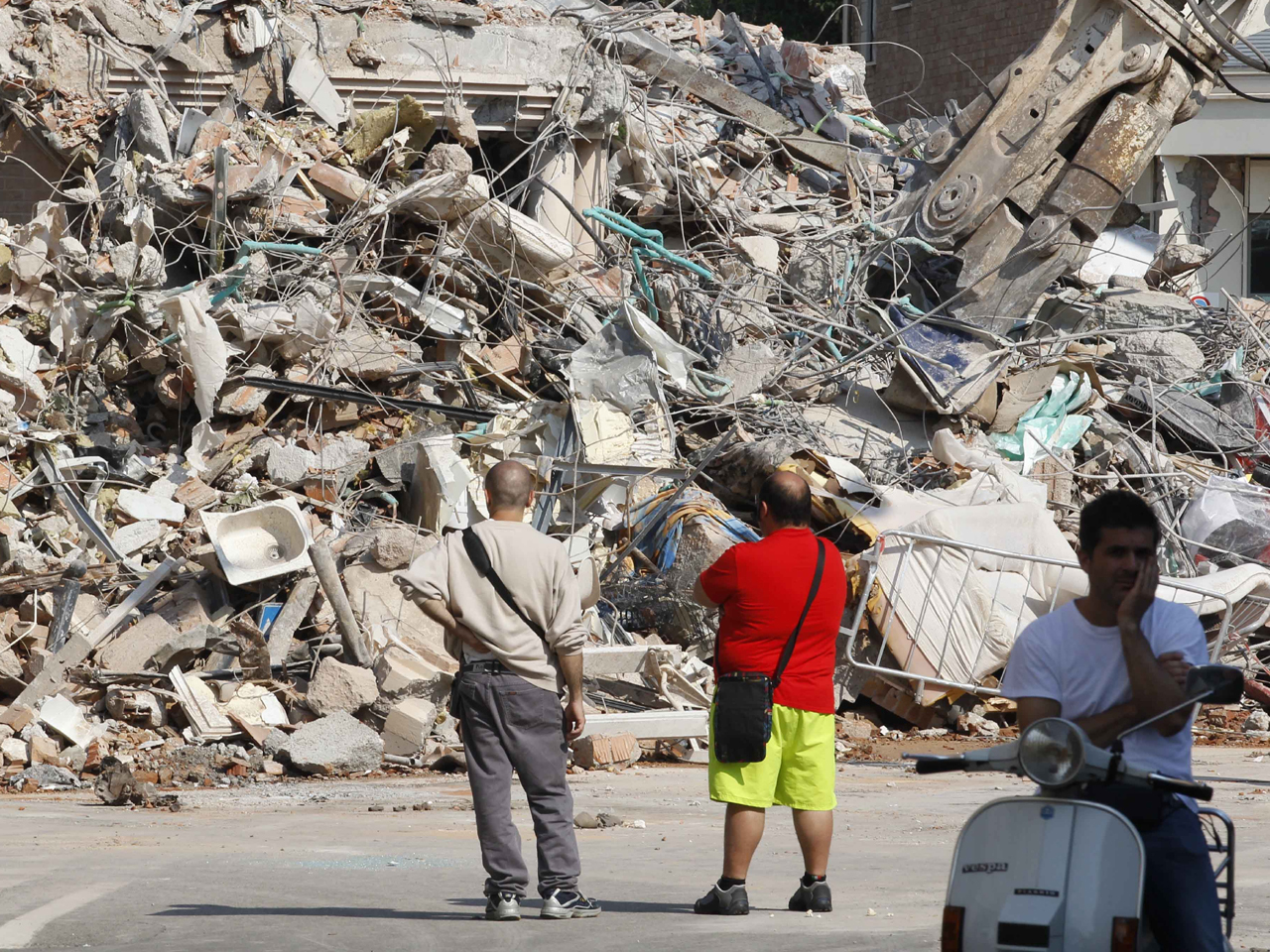 (AP) MIRANDOLA, Italy - Italian rescue workers removed the last earthquake victim from the rubble Wednesday, bringing the death toll to 17 as the government approved measures to rebuild the quake-hit area so crucial to Italy's economic health.

The magnitude 5.8 temblor north of Bologna on Tuesday felled old buildings and new factories and warehouses alike, many of them already weakened by a stronger quake May 20 that measured 6.0 and killed seven people.

In both quakes, the death toll was disproportionately workers toiling in factories, leading to some questions about Italy's building codes or possible corruption.

"I remember with sorrow the deaths in Emilia, who died while working, mostly workers but also entrepreneurs," Interior Minister Anna Maria Cancellieri said in Rome.

Premier Mario Monti has promised the government would do whatever is necessary to rebuild the region. On Wednesday, the government approved measures, including raising the price of gas by .02 cents a liter, to begin the reconstruction of homes, businesses and historic structures, including many churches, in the stricken area.

Crews on Wednesday pulled the last body from the rubble of a factory in the town of Medolla. Three others also died in the structure. Civil Protection authorities in Rome say no one else is known to be missing.

The quake, which also injured some 350 people, dealt another blow to one of the country's most productive regions at a time when Italy is struggling to restart its anemic economy amid Europe's debt crisis. Italy's economic growth has been stagnant for at least a decade and the economy is forecast to contract by 1.2 percent this year.

The area encompassing the northern cities of Modena, Mantua and Bologna is prized for its super car production, churning out Ferraris, Maseratis and Lamborghinis; its world-famous Parmesan cheese, and less well-known but critical to the economy — its machinery companies.

The ground continued to shake through the night, rattling the nerves of residents. Many spent the night in tent camps or their cars, too afraid to sleep at home.

In the tent camp, residents had basic needs met but carried profound scars.

"I had a psychological breakdown," said Annalisa Caiazzo, 34, from Mirandola near Modena as she began her day in a makeshift tent camp. "After so many aftershocks, I did not expect that everything would have restarted again. We are all collapsed."

Civil protection coordinator Carmine Lizza said counselors were on hand to help rattled residents who have lived through two terrifying quakes in two weeks in an area not considered particularly quake-prone.

"They will need weeks to recover, because the earthquake is a deep wound," Lizza said.