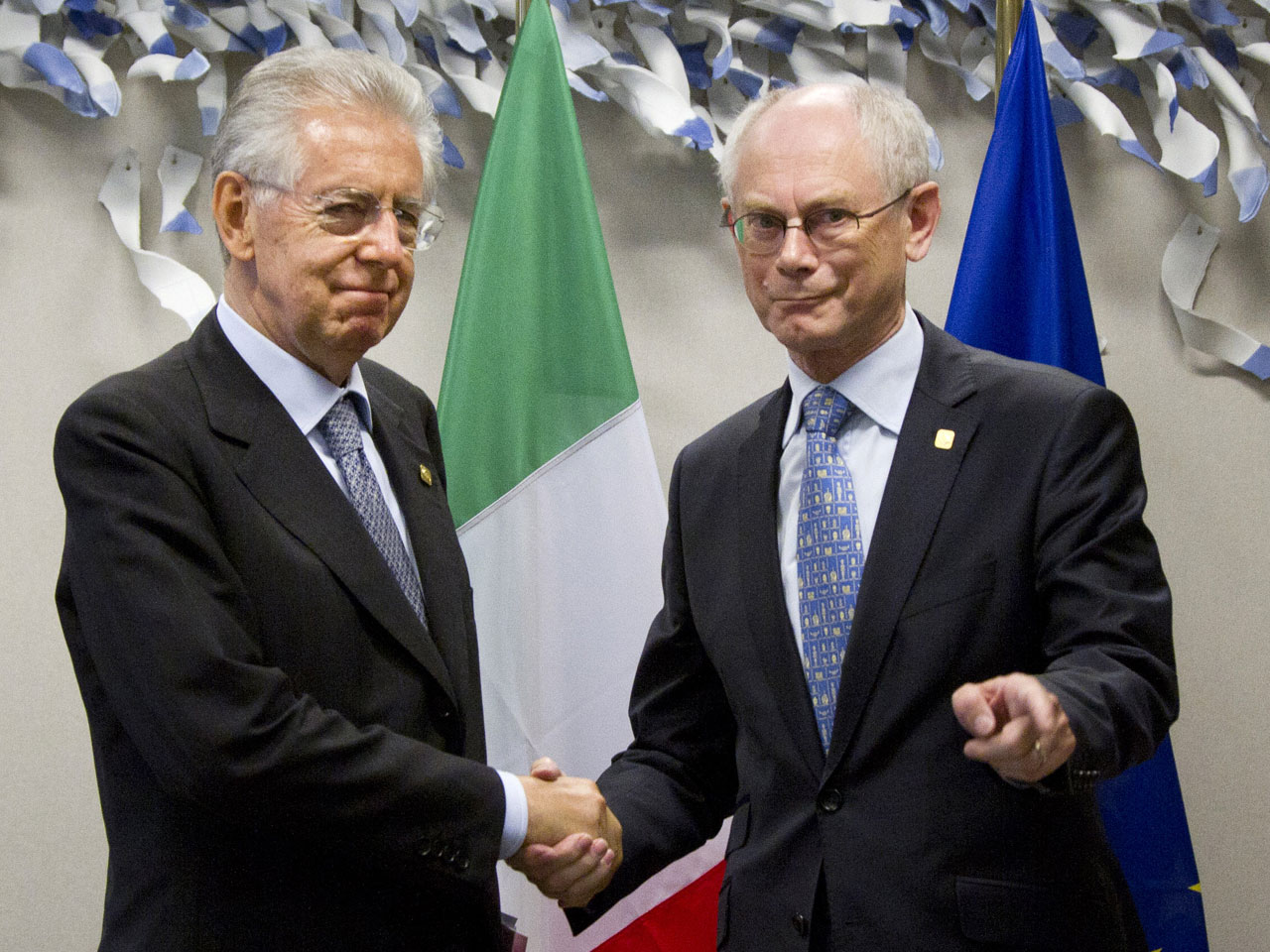 (AP) BRUSSELS - Diplomats at a European Union summit say the leaders of Spain and Italy are blocking final agreement on a stimulus package until they win promises of immediate help in reducing their borrowing costs.

An Italian official says his government is linking the finalizing of the growth pact to immediate measures to relieve Italy's borrowing costs. He says, "we see it as a package."

A Spanish official says Spain also agrees with the growth plan but wants short-term measures at the same time. Both officials only spoke on condition of anonymity because the closed-door talks are ongoing.