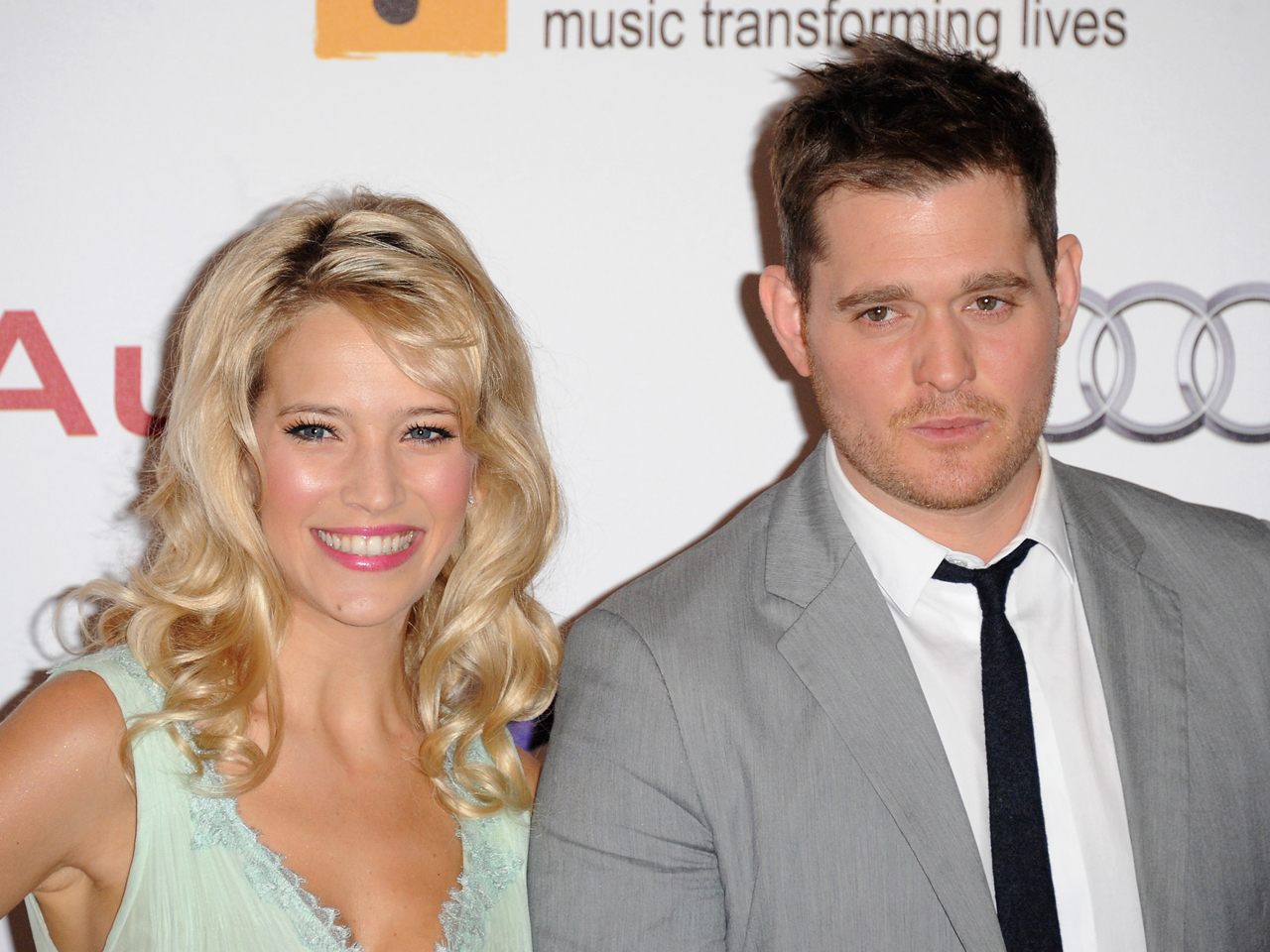 Michael Buble will be singing the blues for another reason.

The 37-year-old Canadian crooner revealed to Page Six that he and his wife Luisana Lopilato are expecting a baby boy this summer.

"We are so excited," Buble told the paper. "We have just come from the hospital, and the sonogram was pretty clear, it's a boy! We are thrilled."

Buble and his wife, Argentinian model/actress Lopilato, 25, announced that they were expecting a baby on Jan. 24 via video message where they shared an ultrasound image accompanied by Buble's classic song "Haven't Met You." "Mike, Lu and . . . mini Buble!" the text in the clip read. "We're having a baby Buble!"

The Grammy-winner said that he and his wife saw doctors after learning the new pope is from her country: "She said, 'It is a sign!' But there's no way we are going to call him Frank, even if it did work well for Frank Sinatra."

The pair wed in the spring of 2011, with not one, but three celebrations. After getting married, he opened up about having kids: "I've said to Luisana a million times I'd love to have kids. But I always say to her when you're ready -- when you feel like you've lived and you've partied and done all the things you want to do."

I guess they're ready for another kind of late-night party, involving baby bottles, rather than champagne.