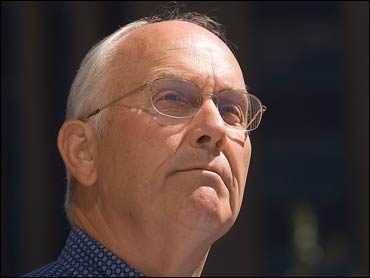 This column was written by Peter Wehner.

Much of the political class is talking about Senator Larry Craig, who pleaded guilty to a charge of disorderly conduct in an airport restroom. What has garnered so much attention in this case is that Craig, a conservative Republican who is married, was arrested because he was attempting to engage in "lewd conduct" with another man.

I suspect Senator Craig will resign soon. Most of us will be glad when it's over, since watching people who have dark areas of their lives exposed is not a pleasant thing. It's the nature of public life that this often happens - and in some instances I suppose it should. But there is still something depressing about the whole thing. That was true about the incidents involving Representatives Frank, Foley, Studds, Gingrich, and Livingston; Senators Packwood, Robb, and Vitter; President Clinton, and others. That doesn't mean these things aren't relevant; sometimes they are - particularly if violations of the law are involved. But still, there is - or should be - a natural squeamishness about such matters.

On the larger point of hypocrisy: it is the branding iron some partisans and members of the media love to use. They take particular delight if a conservative, "pro-family values" Republican is caught in a sexual snare. Why? Because those people are hypocrites; they say one thing and they do another.

On one level, it's a fair point. Hypocrisy is problematic, and when those who preach the loudest act the worst, there's a natural human tendency to get angry.Schadenfraude is more understandable (if still not admirable) in some cases than others. At the same time, there is an important distinction to bear in mind.

Some people see hypocrisy and get upset because people are not living up to moral standards they champion. Others see hypocrisy and get angry because the people who are hypocrites are advocating moral standards. The difference is huge. One cast of mind says that so long as you're not publicly arguing for a set of moral values, then it's more acceptable to cross lines and do what you want.

That's why Larry Flynt, publisher of Hustler magazine, wants to expose only "pro-family values" Republicans. His deeper purpose is destroy standards when it comes to sexual conduct; he thinks that's a good way to achieve that end - and if exposing conservative Republicans as hypocrites will advance that end, so much the better. His goal is that revealing human failings will result in people lowering their standards - or at least make public figures more reticent to speak out on matters of conduct and character.

Here's an analogy that bears on this point: Thomas Jefferson wrote the most important words in American history: "all men are created equal." Jefferson was also a slave owner, which made him a hypocrite. But the fact that Jefferson was living a life that was at odds with his principles doesn't invalidate and shouldn't weaken the principle; it only means that we, as fallen creatures, need to strive harder to live up to what we know to be right.

The logic employed by some people today would lead them to say that Jefferson would have been fine if he hadn't penned the words in the Declaration. As long as he didn't claim some high principle that he was falling short of, there's really no problem. But if he did stand against slavery, particularly on moral grounds, then his personal life becomes fair game.

The effect of the Craig case will not be to weaken standards related to lewd behavior in public bathrooms; it will be, rather, make those who are perceived as holding "moralistic" views more hesitant to speak out on moral matters.

Senator Craig is really not the issue. He looks to be a troubled man who will probably soon pass from the public scene. As is so often the case, individuals are simply proxies in a deeper, and more important, public debate about our common moral life.