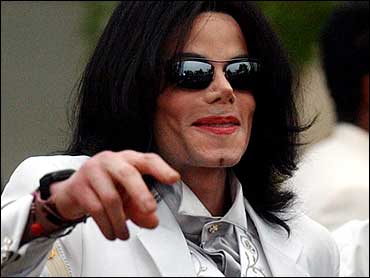 Thanks to a gag order, Michael Jackson can't talk about the molestation allegations he faces in California. But, reports CBS News Correspondent Vince Gonzales on The Early Show, a new music video by rapper Eminem is getting under Jackson's skin.

And Jackson has started calling sympathetic broadcasters to complain.

Jackson is upset by scenes in which Eminem portrayed him with his hair on fire, his nose falling off, and sitting on a bed with children.

Jackon told Fox news, "I think it's demeaning and disrespectful. But I also want to make it clear it's not just about Michael Jackson, but a pattern of disrespect that he has shown to our community. He needs to stop it, and he needs to stop it now."

Lampooning the man the British press dubbed Wacko-Jacko is nothing new, Gonzales points out, but the video appears to have hit home with lines that may refer to the singer's ongoing court battle.

One such line says, "Come here, little kiddie, on my lap. Guess who's back with a brand new rap."

While many of his fans have supported him, Jackson has been unable to clear his name, nearly a year after being hit with the molestation charges. He's scheduled to go on trial at the end of January. Lawyers now expect the case to take six months -- not four as they previously thought.

Jackson has pleaded "not guilty" to all of the charges against him.