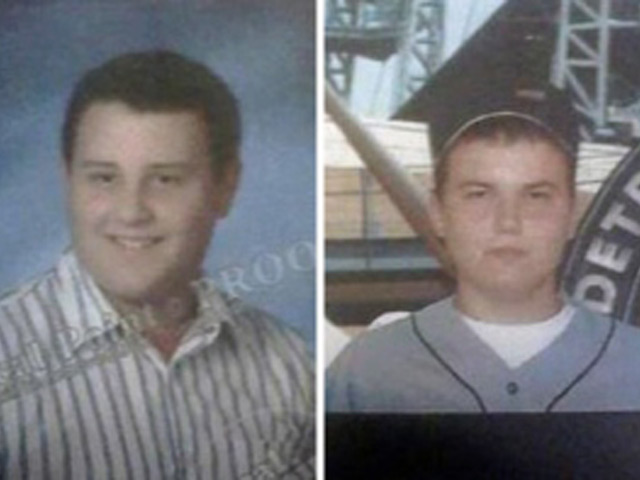 (CBS/AP) WESTLAND, Mich. - A Westland mom is asking help from the public to locate her 18-year-old son, Jacob Kudla, and his 17-year-old friend, Jourdan Bobbish, who were reported missing after Kudla's car was found abandoned in Detroit, CBS Detroit reports.

Virgie Kudla said she last heard from her son around 10 p.m. Sunday when he and his friend were heading to a relative's home. Kudla grew concerned when Jacob didn't return home that night, so she filed a missing persons report in Westland.

"Jake and I have a great relationship. We have never went (sic) a day without speaking or texting," Kudla said. She wrote on her Facebook page that her son was the type who had to be in his own bed at night, CBS Detroit reported.

On Monday, Detroit police impounded a 2001 Chevrolet Cavalier that was found with its sound system removed. Jacob's name came up when police ran the vehicle's license plate, and they notified his mother who said the car was a gift from the boy's father.

Friends and families spent hours Tuesday searching neighborhoods in Detroit and passing out flyers. As more time passed with no new information, families of both friends began to fear the worst.

"No, we don't get much sleep, but you know, we have hope," said Reba Jacobs, Jacob  Kudla's cousin. "We're just handing out flyers and praying that they come home today."

Police gathered a task force to help search for the missing Michigan boys and they told the families on Wednesday to cease with the search because they don't want them to interfere with their own investigation, Jacobs said.