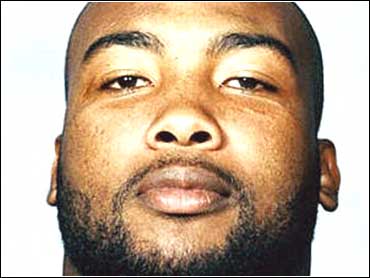 Pro Bowl defensive end Tony Brackens signed a six-year contract Friday with the Jacksonville Jaguars that could be worth up to $40 million with incentives.

The base deal is worth $38.3 million an average of $6.4 million per year and could be worth $40 million total if all the incentive clauses kick in. A fifth-year veteran, Brackens had 12 sacks last year and made his first Pro Bowl.

Brackens got the $13 million signing bonus he was seeking, although it will be divided into two payments, $6.5 million this year and $6.5 million in 2002 if the Jaguars exercise an option to honor the final four years of the contract.

By dividing the bonus, the Jaguars get some salary cap relief because they get to prorate $6.5 million twice instead of $13 million once. Brackens will count about $1.3 million against the Jaguars' salary cap this season. The Jaguars are projected to be $30 million over the cap after this year.

Jaguars senior vice president Michael Huyghue said the deal also gave the team a way out of the contract if they need one.

"It gives us some assurances," Huyghue said. "But either way, Tony is getting a whole bunch of money."

Brackens will receive the entire $13 million if he is injured.

The $13 million bonus matches the highest in the league for defensive ends, paid to Michael Strahan and Michael McCrary last year. The $6.4 million average is about $600,000 less than Strahan and McCrary got.

The parties resolved their issues because the Jaguars were willing to come up on the amount of the signing bonus in exchange for an agreement on the option year and a slight lowering of the overall per-year average.

Brackens made his first preseason appearance Thursday night in a game against the Falcons. He made four tackles in 10 plays.

"I'm excited about it," defensive tackle Seth Payne said. "He adds a whole difference presence to the defense. He makes players around him better. And he makes other teams game-plan for him. You can't really quantify it."

The signing ended a summer of contentious negotiations that had seemed destined for a stalemate. Two weeks ago, Brackens signed the one-year, $4.2 million contract he was entitled to as Jacksonville's franchise player.

As recently as Monday, George said negotiations on the long-term deal were going nowhere and Brackens was prepared to leave before the regular-season opener.