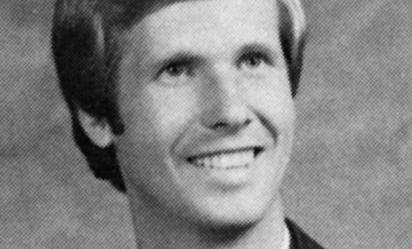 DALLAS – A former Catholic priest suspected of sexually abusing as many as 100 boys in the late 70s and 80s, spent his last seven years in the Dallas-Fort Worth area where he used an alias on social media to meet young men. CBS DFW reports that James Brzyski, considered one of the worst abusers in the history of the Archdiocese of Philadelphia, was found dead in September in a Fort Worth motel room.

An autopsy revealed Brzyski suffered from heart disease and was full of vodka and anti-depressants at the time of his death.

Records, obtained through the Texas Public Information Act, show that police recovered a laptop, thumb drives and a cell phone from Brzyski's room. Fort Worth Police detectives, however, said they found nothing further to investigate.

But while Brzyski's death may have been an accident, the CBS DFW found the life he led, to his very last days, is worth investigating.

"This man was a monster," said John Delaney, who was raped by Brzyski in the early 1980s at Saint Cecilia Parish in Philadelphia.

"As bad as you could possibly imagine it could be, that's what happened," said Delaney, who was 11-years-old when the assaults began. "It broke me as a kid."

Decades later, when the Catholic Church sex scandal began to unfold, a grand jury investigation revealed Brzyski sexually abused at least 17 victims and noted that he may have abused as many as 100 boys. The 2005 report released by the grand jury called Brzyski one of the "most brutal abusers" in the Philadelphia archdiocese.

Brzyski was kicked out of the church, but eluded prosecution due to the statute of limitations.

"It was swept under the rug," Delaney told CBS DFW.

After years of living the life of a nomad, Brzyski made his way to Dallas in 2010. He first lived in southeast Dallas where he roomed with a man who, himself, was just years before arrested for sexually assaulting a boy. Brzyski then lived at two other Dallas apartments, most recently across from Top Golf on Park Lane in northeast Dallas.

A month before his death, a reporter and photographer with The Philadelphia Inquirer confronted Brzyski at his Park Lane apartment. The newspaper was working on a story about Brzyski's 1980s victims committing suicide, but the former priest declined to answer their questions.

The priest's Park Lane neighbors say they knew nothing of his dark past, but do recall that a young man from Australia moved in with Brzyski in late 2014.

CBS DFW discovered the two not only lived together, but also married in Oklahoma in December 2014. Brzyski was 63 and his partner 21 when they wed, according to their marriage license.

Fights between the two brought police out to their Dallas apartment just weeks after their marriage. A police report from January 2015 questions whether the Australian was in fact 21. The report lists him as 15. Brzyski told the officers that the two met online, but didn't mention they were married. While CBS DFW found no evidence of a divorce, it appears the two broke up in early 2015. CBS DFW located the Australian's family. Their attorney told CBS DFW they did not want to talk about the relationship.

"Mr. Brzyski caused great harm and trauma to many people," they wrote in an email.

CBS DFW's investigation found that Brzyski — using aliases like "Joshua Williams" and "Joshua in Dallas" — appears to have connected online with many young men during his time in Dallas. Brzyski had at least seven social media accounts, including Facebook, Instagram, Tumbler and Twitter. The accounts are filled with pictures of overweight young men, some who appear to be boys.

"I am a feeder in Dallas," reads a May 2016 tweet by @joshuawillie3. "I will fatten you without limit." The tweet then provides an email address and phone number.

Plano Det. Jeff Rich, a nationally-known child exploitation investigator, said what stands out to him is that nearly all of Brzyski's online friends are young males.

"I don't see a lot of adult activity on there," Det. Rich said. "I see a certain type of individual that he certainly is seeking to be friends with and those are typically more vulnerable types in our society."

A photo of a painting posted to Brzyski's Instagram in July 2017 brings back horrible memories for Delaney. The painting depicts a naked boy being feed through a funnel.

"That's the one that has never sat right with me," said Delaney, who recalls seeing the painting as a child in Brzyski's home. "It represents to me that the man is a pedophile. He's attracted to children."

Brzyski was buried in a pauper's grave in Arlington in October. Even with him gone, Delaney said he still fears that there are unknown victims in North Texas and elsewhere.

"It's sickening to me that they allowed this to happen and because they are keeping everything silent," he said of the Catholic Church. "It afforded him the opportunity to travel around the country and abuse more children."

During his seven years in North Texas, Dallas police officers made contact with Brzyski on at least five separate occasions, none of which were related to child sexual assaults.

The Archdiocese of Philadelphia wouldn't specifically say if they ever alerted North Texas police about Brzyski.

"Appropriate steps are taken to notify local law enforcement of a change of address when a priest, who has been (defrocked) due to a substantiated allegation of sexual abuse of a minor, changes residency," Archdiocese of Philadelphia spokesman Ken Gavin said in an email.