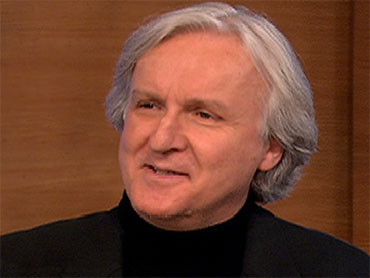 "Avatar" director James Cameron said Thursday that 3-D will replace 2-D as the standard, mainstream format for film, television and online content in less than 25 years.

Viewers will soon not only enjoy films in 3-D theaters but all forms of entertainment, including sports and music shows on TVs and laptops, Cameron said at a technology forum in Seoul.

Cameron directed the 3-D epic "Avatar," which won three Oscars and is the highest grossing film in history, with $2.7 billion in worldwide ticket sales to date. He has also directed other blockbuster films such as "Titanic" and "Terminator."

"Avatar" has proved that 3-D technology is not just a fad but a revolution changing how the audience chooses to consume media and entertainment content, the 56-year-old director said in a speech to the Seoul Digital Forum, an annual technology and media gathering.

"Quite simply, where they had a choice, the audience was selecting for the best possible way to see the movie," he said. "And they saw 3-D as the premium viewing experience."

Cameron likened what he called the "3-D renaissance" to the advent of sound and color in motion pictures. But he said full adoption of the enhanced format will require less time than the 25 years it took for color movies to become standard.

Pointing to the popularity of 3-D films, Cameron envisions the film, technology and consumer electronics industries rapidly moving toward mass adoption of the enhanced format.

That could come as soon as "in a couple of years," but "definitely less than the 25 years it took color movies," he told reporters at a press conference after the speech.

Television makers Samsung Electronics Co. and Panasonic Corp. started selling 3-D TVs this year in hopes of riding one of the next big waves in consumer electronics.

Movie studios Universal and Disney have released 3-D films on Blu-ray, such as "Coraline" and "The Polar Express." Discovery Communications and ESPN previously announced they will launch their own 3-D cable television networks, with ESPN first broadcasting World Cup soccer in 3-D next month.

The biggest hurdle to rapid mainstream adoption of 3-D is not technological shortcomings, but the lack of 3-D content to watch, Cameron said.

"If you play all the 3-D movies in existence on your fancy new 3-D TV, it will keep you entertained for about 3 days," he said. "This content gap is the biggest hurdle for the rapid adoption of 3D TV."

Asked about the prospects for Internet streaming of 3-D movies, Cameron said he was upbeat.

Cameron also said he intends to personally dedicate himself to helping the industry adopt 3-D without creating a consumer backlash.

That will include continuing to create quality 3-D content, like a sequel to "Avatar," which he estimated will take about 3 years to make - 18 months less than it took the first.

The release date will be announced in a few months, he said.