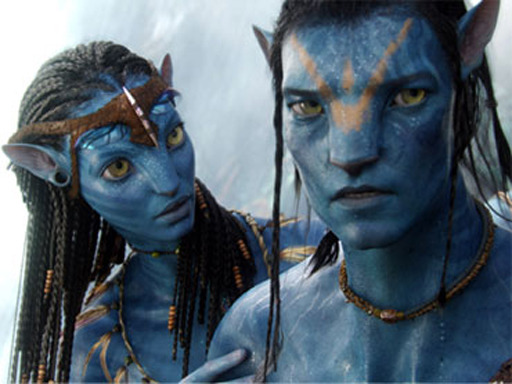 NEW YORK -- The first “Avatar” sequel is still years away from hitting movie theaters, but fans of the blue-hued Na’vi can get their fix at a touring Cirque du Soleil show that James Cameron helped create - without his having to reveal too much of what’s up his cinematic sleeve.

Cameron, who plans four sequels starting in 2018, served as a consultant on “Toruk - The First Flight,” a stadium show that opened in Montreal in November and has since toured North America.

The writer and director suggested to the Cirque team things that the Na’vi might do or how they might think about certain things, but said he largely let writer-directors Michel Lemieux and Victor Pilon create freely.

“I was just a cheerleader on the side with some pom-poms,” Cameron said this week when the show stopped in Brooklyn. “Interestingly, left to their own devices, the Cirque guys creatively wound up resonating very, very closely to the overall arc of the four-sequel saga.”

The original 2009 film centered on the conflict between humans and the blue-skinned alien race Na’vi of Pandora. “Toruk” is named after the massive, dragonlike creatures from the film and tells the story of two Na’vi warriors finding a series of sacred objects.

The action takes place on the planet before humans make contact, thereby sidestepping the problem of how to depict the 10-foot Na’vi. Now Cirque gymnasts, no matter how tall, can shine. “If you want to see that explosive celebration of human movement, they’re not going to be tall people,” said Cameron.

Cameron, always on the cutting edge of tech, will shoot his sequels partially using a high 48 frame rate format and said he appreciated the Cirque show employing 40 digital projectors to show everything from lava to water.

He said that after seeing the stage show, he might swipe some of the hairstyles and costumes for his films. He also said the Cirque team never asked what was coming up in the sequels, afraid of leaks.

The filmmaker has a history with Cirque that includes being an executive producer and camera operator for the 2012 fantasy film “Cirque du Soleil: Worlds Away.” He said he admires the way the company promotes talent and keeps creative lines open.

“They empower and celebrate creativity and empower the artist. It’s the exact opposite of Hollywood,” he said. “It’s like the anti-Hollywood. If Hollywood were just more like that, I think movies would be a whole lot better.”

Cameron said he hopes the first film sequel can open at Christmas 2018 and then he’ll roll out each successive movie every year after that. But Cameron said he would tweak the timetable to ensure each film is released as closely as possible so there are no lengthy delays. “Once you’re on that ride, you don’t want to get off,” he said.

The original 3-D “Avatar” film has netted over $2.7 billion and Cameron pointed to its beauty and its overall theme of protecting nature as reasons for its success. He noted that more than half of all humans now live in cities and that we’re paving over all the green.

“We’re all struggling with our own nature-deficit disorder,” he said. “The angels of our better nature know that what we’re doing is wrong, and I think ‘Avatar’ is just a way to process that in a way.”